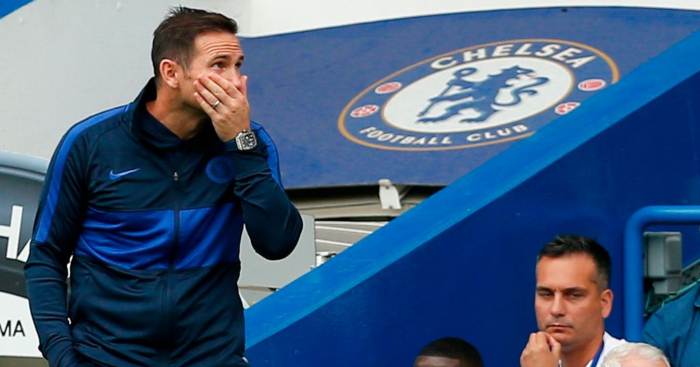 Chelsea boss Frank Lampard has criticised France for their handling of N’Golo Kante as the Chelsea midfielder “wasn’t fit to play” and returned to his club injured.

Lampard revealed that Kante would not be fit for the Newcastle game at Stamford Bridge on Saturday after picking up a groin issue on international duty and the Chelsea manager is not happy with the way his midfielder was managed by France.

Didier Deschamps when asked about Kante’s inclusion in the French sqaud made light of the matter suggesting that Lampard could also do him a favour by starting Olivier Giroud up front.

But the France manager wants a favour in return 👀 pic.twitter.com/KyXlDvkArR

“We all have our selection problems, but the Kante one was not a laughing matter.” Lampard said.

“We communicated before the first international break. It was clear that he wasn’t fit to play the second game and he sat on the bench.

“I think it could have been handled better. I understand that when a player is on international duty that they are their players, but it was clear that he wasn’t fit.”

He said: “He tried everything to get into the game, he gave everything. I don’t really see much of me in him. We had different styles but I love his work ethic.”

The Blues will be hoping to win a fifth consecutive game in all competitions on Saturday, while the Magpies come into the game on the back of their impressive 1-0 victory over Manchester United last time out.