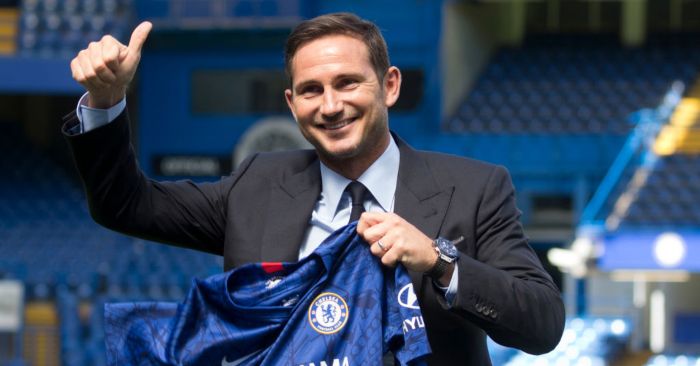 Frank Lampard has discussed how he will “try and find a balance” between senior and young players at Chelsea.

Lampard was unveiled as Chelsea manager on a three-year contract on Thursday.

The 41-year-old replaces Maurizio Sarri at Stamford Bridge in what is another blow to player power.

He spent much of his first day in the job explaining how the Blues will cope without Eden Hazard, but was also asked about his policy on youth players.

It was widely accepted that Lampard would focus on them much more than his predecessors, with the club’s transfer ban clearing the path for Ruben Loftus-Cheek, Callum Hudson-Odoi and Mason Mount among others to establish themselves in the first team.

“I believe in myself completely and I want to show that I am ready to manage this club with one year experience or 10 years’ experience,” he said.

“What will define me and my time here will be my work ethic and what I put into it to try to bring success.

“I mentioned on one hand to work with young players and that will be really important and one of my first jobs to do, and I will do it throughout my time.

“But at the same time, I want to work with the experienced players, the ones who have been around a long time and feel the club.

“I want players, whether you are 18 years of age or 32 years of age. This is your club and you are not just passing through Chelsea into something else. I want people who want to be here.”

Lampard is expected to dip into Chelsea’s celebrated academy to navigate the transfer ban.

That, he thinks, should not stop them challenging for silverware, and he says the juniors must earn their spot as well.

“The reality is we should be competing no matter what and my job is to try and find a balance between the players that think they are in the first-team squad and the players breaking through,” he said.

“There is no use me sitting here and saying I’m going to play all the young players, they have to show individually they can do it so the balance from me will be to remain competitive and bring them through.

“This is Chelsea so I am not going to be doing young boys favours and put them in the team. They need to prove themselves to get in the team and if they can do that I will be proud because it will be what I see as a big part of my job this year.”