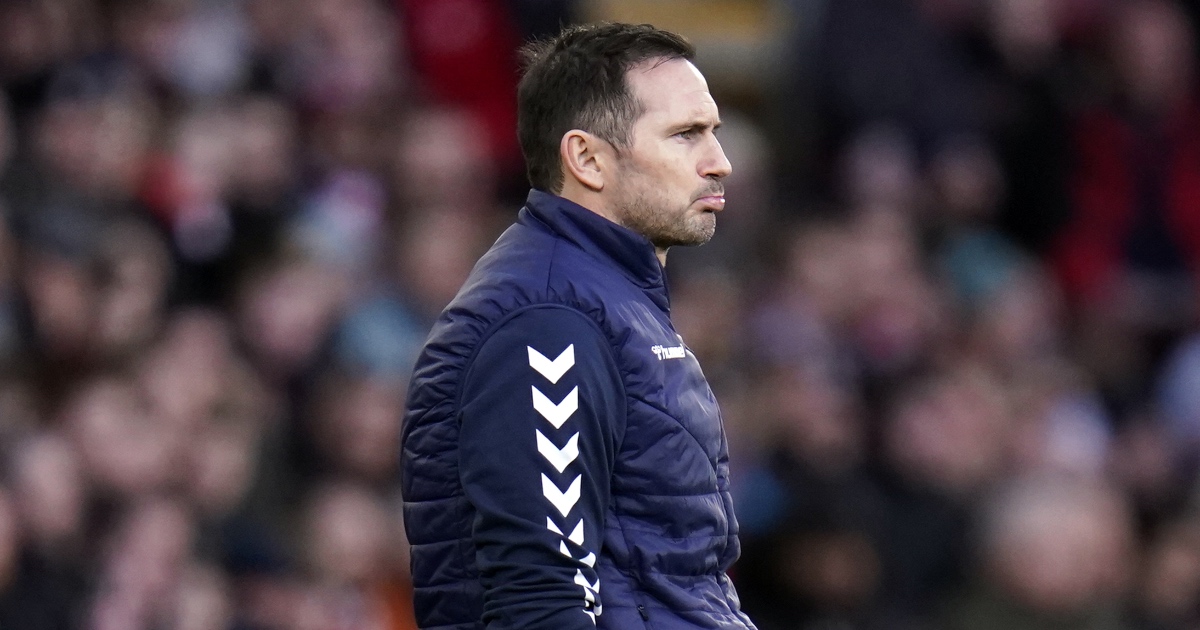 The Toffees slipped to their second defeat in three league encounters under new boss Lampard with a 2-0 loss at Southampton.

Stuart Armstrong and Shane Long struck for a totally dominant Saints side who never relented after taking control.

Everton’s troubles on the road surfaced again, with the visitors looking a shadow of the side that thumped Leeds 3-0 at Goodison Park on February 12.

Lampard’s men sit 16th in the table and four points off the drop zone, leaving the ex-Chelsea and Derby boss to pull no punches on their plight.

Asked if Everton are in a genuine relegation tussle, Lampard replied: “I think it’s really clear isn’t it? The position we’re in in the table is clear, it’s not something we have to debate.

“As a team and a staff we just have to work on getting results to improve our position.

“When we won last week things looked a lot better and we’ve lost today and it looks worse.

“But I don’t think we have to deny our position. Our league position explains a lot and is one of the reasons I’m here.

“It’s my job to find the reasons why this has happened.

“When we have been great we have backed ourselves, but the minute games turn against us there can be a mentality issue for the players.

“And I can totally understand confidence issues, but the only way to come out of that is through work and application.

“We are focused on the job in hand. We have to have a belief in what we’re doing, the home games have shown that.

“It’s just very clear what’s in front of us. There’s never a magic wand, but we’re very understanding of the situation.

“We’ve addressed a lot in terms of the way we want to play, but there’s still things you can’t change instantly.

“Today was really eye-opening in the second half, of where we are and where we want to get to.

“It felt like reverting to type a little bit after we conceded, and I want to change that. So, there’s lots to learn for us.”

Ralph Hasenhuttl hailed Southampton’s “extra gear” in motoring past Everton, and in some style.

Saints cemented 10th place in the table in extending their fine recent run to just one defeat in 11 matches in all competitions.

“This win was much harder than it might seem in the result,” said Hasenhuttl.

“The first half was very tough against an opponent full of energy.

“We played against the wind in the first half, and we couldn’t speed up the game after winning the ball.

“But the belief is absolutely there, we are convinced in our qualities and we were able to bring that quality in the second half.

“We had another gear in the second half, after the first goal you could see a difference.

“We were more dominant in the second half and this is exactly the way we want to play.”