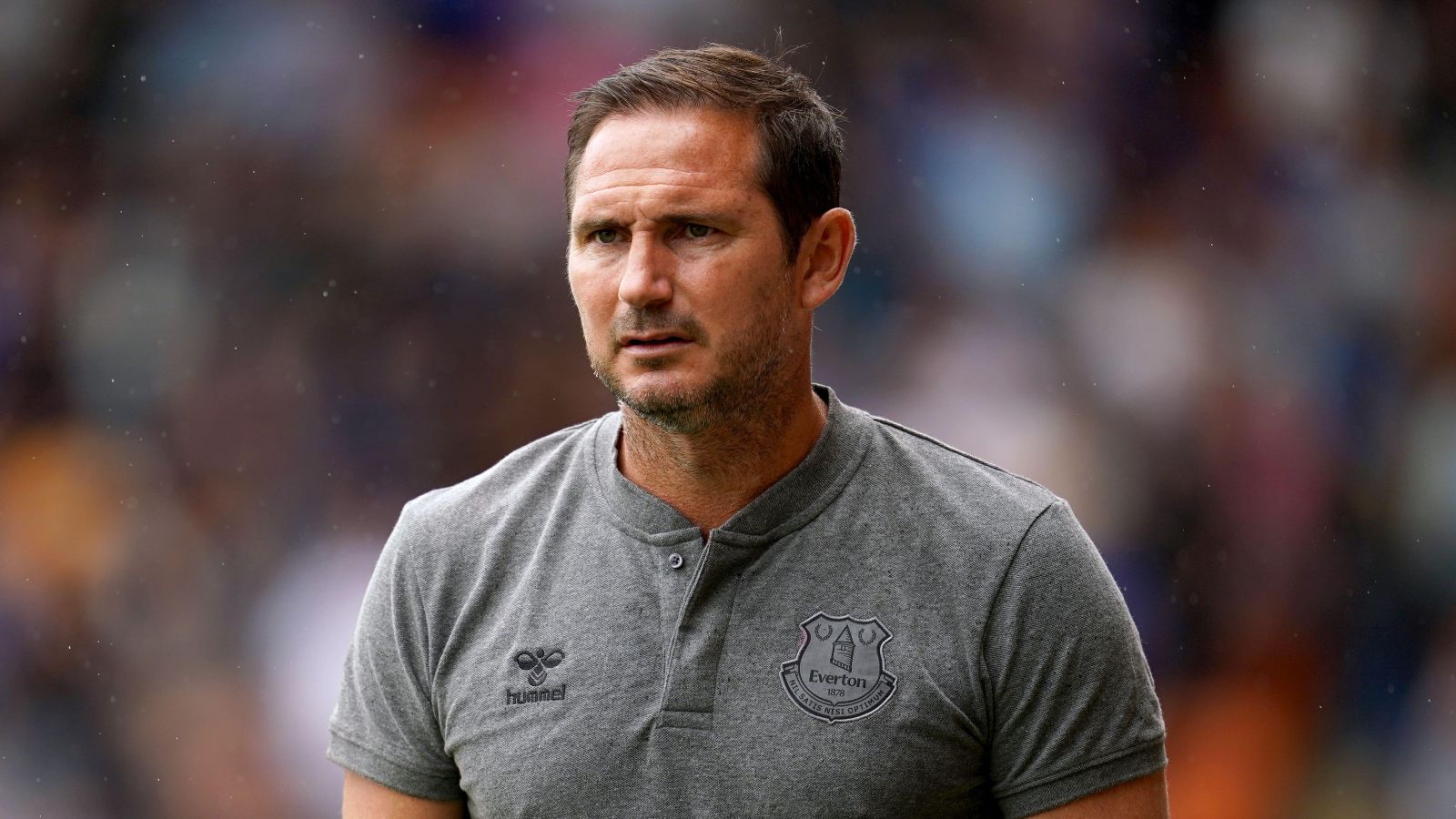 Everton boss Frank Lampard says the club are working hard behind the scenes to further strengthen his squad, and have reportedly turned their attention to a Mali international to bolster their midfield.

The arrivals this week of Conor Coady and Amadou Onana brought the number of Lampard’s summer signings up to five.

Liverpool-born defender Coady has joined on a season-long loan from Wolves and Belgium midfielder Onana signed from Lille for an undisclosed fee.

Lampard said he expects there to be more comings and goings at Goodison Park before the transfer window closes on September 1, but refused to speculate over who he expects to join or leave the club.

“No, it would be unfair to do so,” said Lampard, who will be without injured trio Dominic Calvert-Lewin, Yerry Mina and Ben Godfrey for Saturday’s Premier League game at Aston Villa.

“We’re working away, seeing ways we can improve the squad, but until we get players in I’m only happy talking about the ones we’ve got in.

“But any potential targets are obviously ones for us to keep working on behind the scenes.”

Striker Calvert-Lewin (knee) has been ruled out for six weeks, while Mina and Godfrey were both forced out of last week’s opening defeat to Chelsea, the latter sidelined for up to three months due to a fractured fibula.

“Those have contributed to our thinking,” Lampard said. “We have been planning this window for a long time, since I’ve been here the back-end of last season.

“But we do have numbers defensively and Conor obviously came in this week, which is a big deal for us.

“So it’s up to us to prioritise and keep the squad as strong as we can have it and obviously we have a bit more time to do that.”

Former Toffees midfielder Idrissa Gueye has been reported to be close to a return to Goodison from Paris St Germain, but Everton have been unable to find a mutual agreement with the French gianst and the 32-year-old so have now switched their attention to Mohamed Camara.

The 22-year-old Mali international, who has drawn comparisons with N’Golo Kante, impressed in RB Salburg’s Champions League campaign last term and is reportedly interested by the prospect of playing under Lampard.

On potential outgoings, Lampard added: “Yes, that’s a similar sort of answer because you have to respect the players who are still with us.

“We need to get a balanced squad and, at times, if you’re bringing players in the reality is that players will leave.

“But those situations, one by one, have to be right for the club, first and foremost, and the player also and any potential club they may move to.

“So, again, I won’t commit to that one until we get those things in place.”