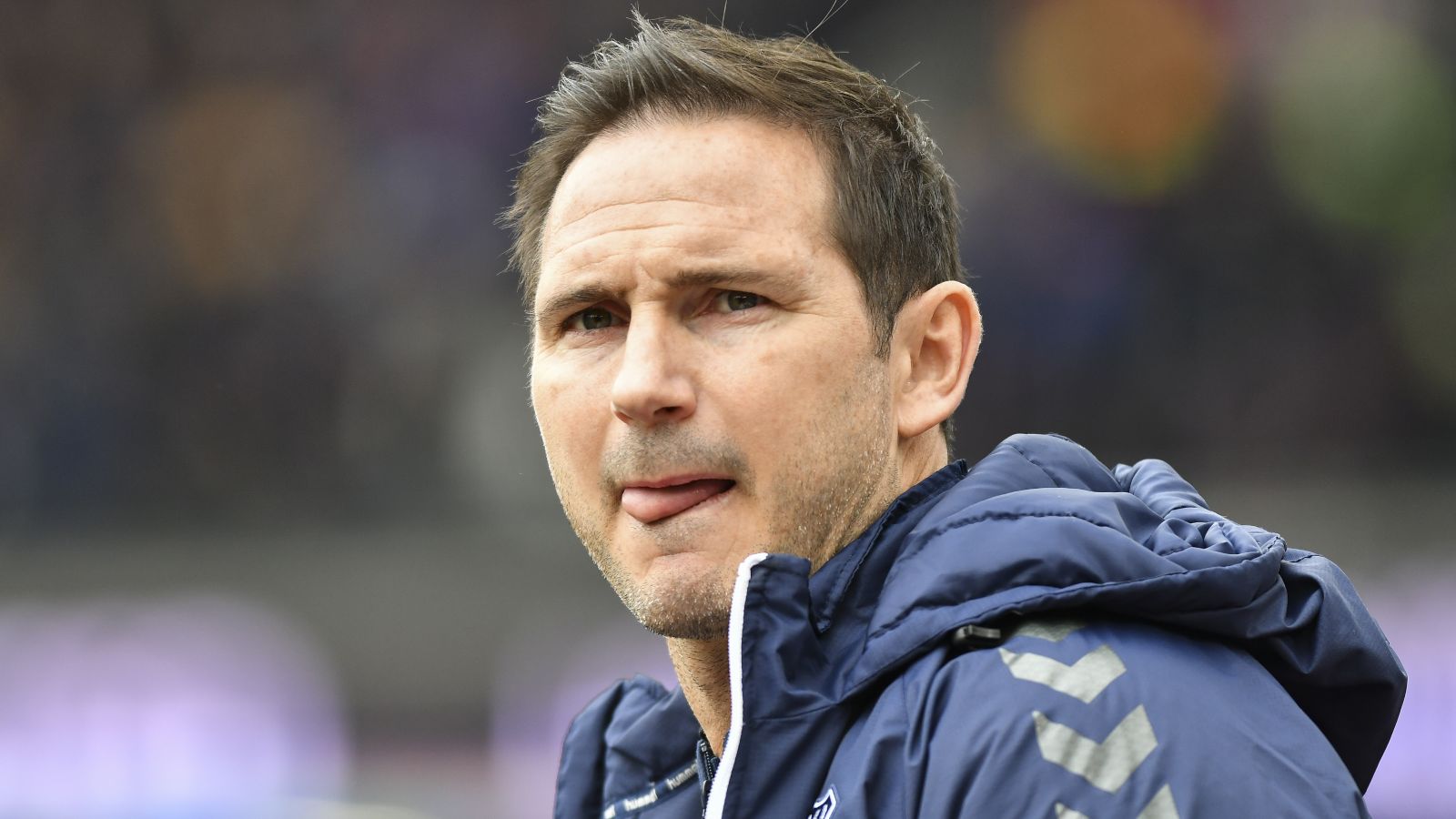 Frank Lampard has insisted he is “excited” by the challenge facing Everton as they battle to save their Premier League status.

Ahead of Wednesday’s crunch fixture against relegation rivals Burnley, Lampard said: “There are nine games to go after this for us, but it’s a big pressure game. It’s what we’re here for. It’s a big deal.

“We’re in the reality that we’re near the bottom of the table, fighting to stay in the league. The club will be very focused and very understanding of that.

“Tension can be a good thing, it can also go the other way. I don’t feel tense, I feel excited with the level of the game and the competitive nature of this game.”

Fabian Delph is available again after injury while Seamus Coleman is back in the squad following illness, though may not be ready to start at Turf Moor.

Nathan Patterson’s season looks to be over with the right-back, yet to play in the Premier League after his January switch from Rangers, needing an ankle operation.

Frank Lampard has confirmed Nathan Patterson will have an operation on his ankle, while Fabian Delph and Seamus Coleman will be in the squad for #BUREVE.

Donny Van De Beek and Yerry Mina remain out along with Andros Townsend.

Everton boss Lampard complained about the fixture schedule, which saw his side travel away to West Ham last Sunday afternoon, away to Burnley on Wednesday, before a lunchtime fixture at home to Manchester United to come.

However, Lampard insisted he was staying positive as an increasing number of fans grow pessimistic about Everton’s survival chances.

“It’s the biggest thing for me to do,” he said. “A lot of the feeling of expectation and dissection of games comes in the modern day, we’re a huge club so it’s very much expected. The most important thing is to be the positive one.”