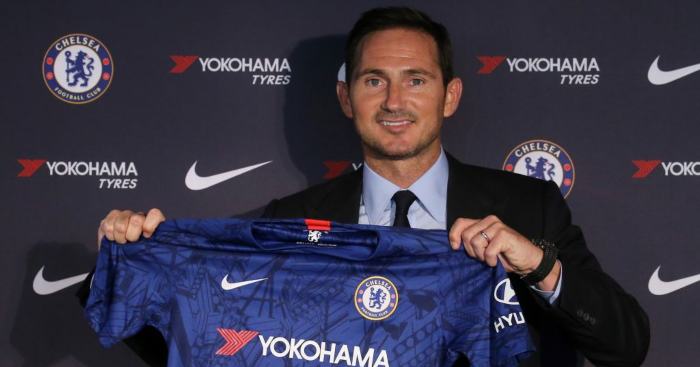 Frank Lampard has explained how his Chelsea side will cope this season after losing Eden Hazard to Real Madrid this summer.

Lampard was unveiled as the new Chelsea boss on a three-year deal on Thursday after weeks of speculation.

On coping without Hazard, Lampard said: “We know about the transfer ban, we know Manchester City and Liverpool pulled away slightly last year. We have to be realistic about that but we shouldn’t stop trying.

“I think Eden Hazard, from the outside it seemed like something that was really important to Eden personally and the club respected that.

“I played with him and watched him from afar and he gave the club such pleasure. It is not one to dwell on now, he is gone and we wish him well.

“What is important is what we do. We have players in their own way who can be huge players for this club and part of my job will be to get that out of them.”

When asked what would be a successful first season in charge, Lampard replied: “We have to start with an intention to win. If I sat here and didn’t say that then I shouldn’t be here.

“We want to play Champions League football year in and year out.”

Jose Mourinho called himself a “special one” in his first press conference as Chelsea boss.

But Lampard said: “I’m not going to ask for a name, self-proclaimed names and nicknames are not my style.”

When asked if this was the biggest challenge of his career, Lampard said: “Yes.

“Coming here 19 years ago was a challenge. I had the radio on and some people were questioning whether I should be here for £11million.

“I thought last year was a huge challenge.”