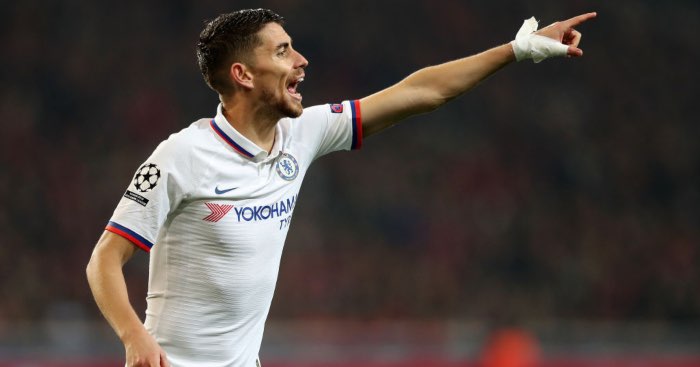 Chelsea boss Frank Lampard has praised the influence of midfielder Jorginho on and off the pitch and has confirmed that the Italian is the club’s vice-captain.

Jorginho was widely criticised under Maurizio Sarri last season but his fine displays this season are beginning to win over the fans.

Lampard has been hugely impressed with the £52million man and believes he is key to the Blues on the pitch, as well as being an important presence behind the scenes.

Asked if the 27-year-old has now assumed the role of vice-captain, Lampard said: “Yes, Jorginho is vice-captain as it stands.

“Azpi [Azpilicueta] is captain, that was clear at the start of the season, and I think his professionalism and his career here speaks for itself.

“And Jorginho, I keep talking about him as a character, and he’s a driver. I think it’s very evident to see on the pitch. So that’s the situation as it stands.’

On how quickly Jorginho has learnt English, Lampard continued: “It’s obviously important. I think we always try here to push that along as soon as players come in because communication is key, on and off the pitch, in the dressing room.

“He crosses the borders, if there are any. It’s easy to come in and stay within your groups and nationalities, and Jorginho doesn’t. He’s a driver, on and off the pitch.”