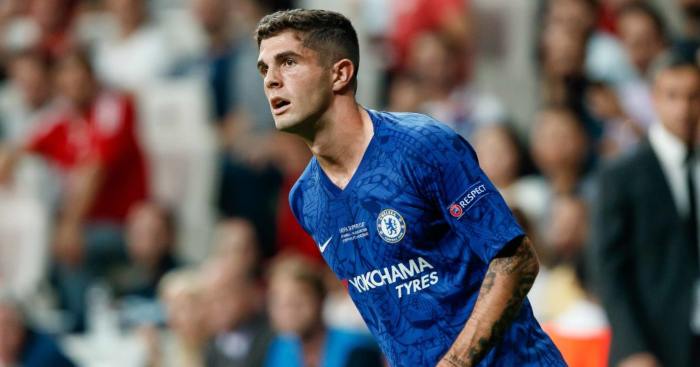 Christian Pulisic needs to “work daily” to show he deserves to play regularly for Chelsea, manager Frank Lampard has said.

The United States international did not even make the bench for Wednesday’s Champions League match at Lille and has struggled to make his mark since moving to Stamford Bridge in the summer.

Pulisic’s £58 million transfer from Borussia Dortmund was agreed in January – when Lampard was not manager – but he has not played in the Premier League since August 31 and may not even be selected as a substitute for the Blues’ fixture at Southampton on Sunday.

After joining the club for a significant amount of money, more was expected of the American, who turned in an underwhelming display in his recent start against Grimsby in the Carabao Cup.

On Pulisic, Lampard said: “He’s level. I spoke to him two days before the Grimsby game and was very clear about the standards and we have to give him the fact he’s moved country and moved leagues.

“He’s as young as all the young players we keep talking about. He’s just turned 21, so I think, if anyone is getting too excited about this, they should calm down because he’s started five games for us.

“What he needs to do is work, work daily, work to show within the group that he deserves to play as all the players do, so that’s what the focus on everyone is.

“This is one of my difficult problems in this job. I have good players and everyone has a story.

“Ruben Loftus-Cheek will come back and be an international player. I can’t pick them all. All I have to demand of them is that they show me in training and show me they are worthy of the place.

“It’s just my job. Next week you might be asking me about two other names. It’s the competition that we have.”