Home Liverpool Lampard: How Liverpool loanee ‘has really impressed me’ 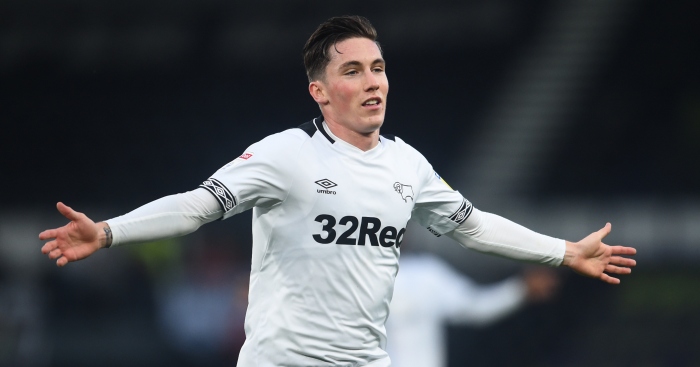 Derby manager Frank Lampard turned the spotlight on a player with a big future and one with a glittering past after his team beat Reading 2-1 at Pride Park.

Wilson was outstanding in a first half in which Derby exploited Reading’s defensive fragility to score twice.

Duane Holmes converted his first Derby goal after Wilson cleverly sent him through in the third minute and the on-loan Liverpool forward scored his 12th of the season in the 40th minute with a deflected strike.

Reading looked a well beaten side but they were transformed after the break with the introduction of Sone Aluko making the difference.

It was now Derby who looked uncertain and when Fikayo Tomori gave the ball away in the 66th minute, Aluko went through to slide the ball past Kelle Roos.

Reading kept pressing right to the end but they lacked a player of Wilson’s quality and Lampard said: “There’s a lot of talk about Harry and early in the season he was hitting spectacular goals.

“But what he’s done which has really impressed me in the last two months is really up his game generally.

“Everything about his game is positive, he wants the ball, he’s creating, he’s scoring so it’s not just the fantastic goals that Harry Wilson is; he’s a player who is developing fast and I’m loving watching him play at the minute.

“He’s a threat, he works hard, he wants to play every minute of every game. I know Harry is happy here, 12 goals this season and performing as well as he is so I hope it continues. He’s become a hugely important player for us.”