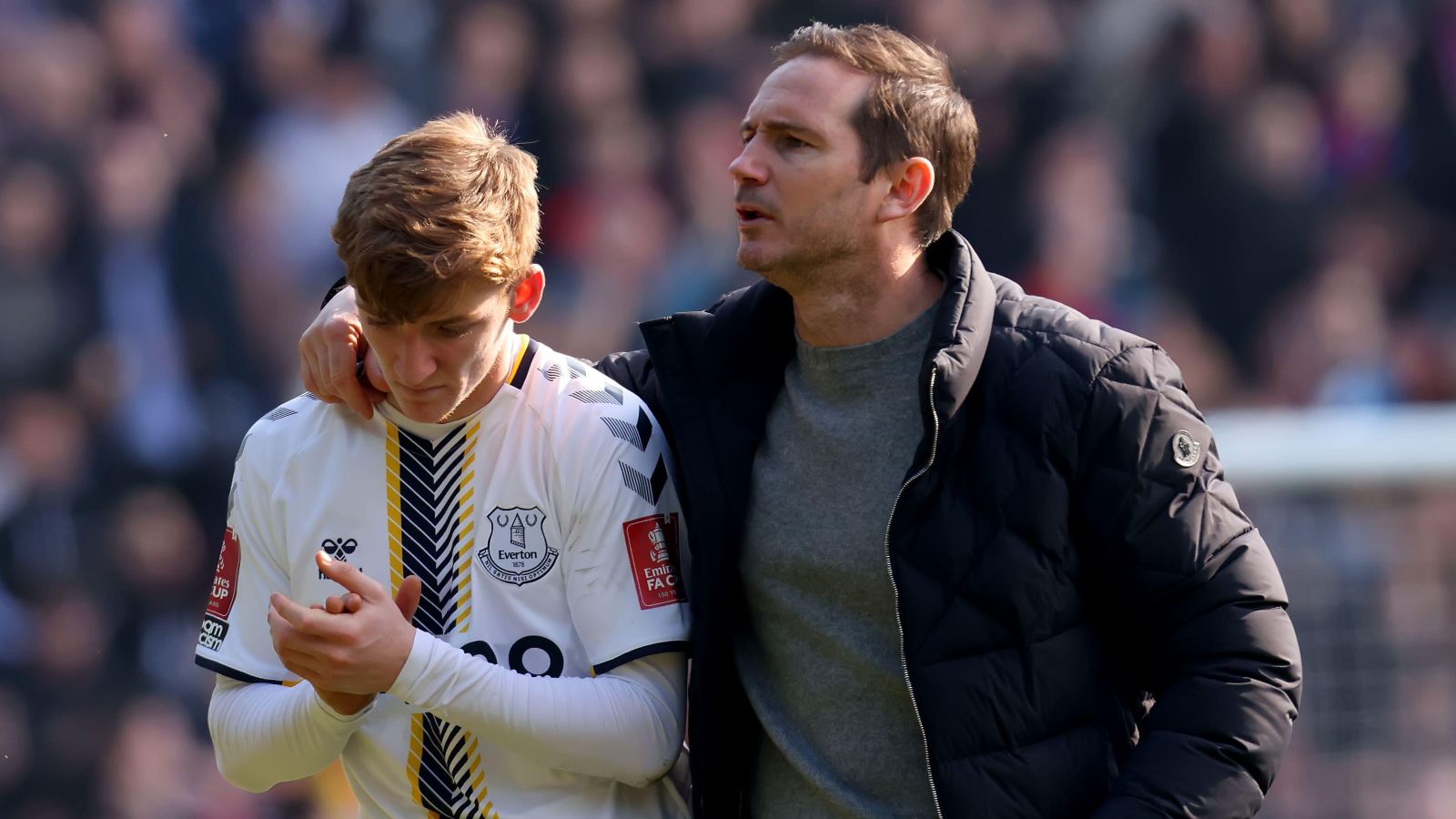 Everton boss Frank Lampard is adamant that Anthony Gordon is “going nowhere” this summer amid reports linking him with a move to Newcastle United.

The Toffees struggled last term as they finished 16th in the Premier League. They secured their safety with one game to go.

Gordon was one of their standout players in what was his breakout season for his boyhood club. He grabbed four goals and two assists in 35 league appearances.

The winger has attracted the interest of Tottenham Hotspur and Newcastle United this summer.

It has been suggested that the Magpies are willing to pay £35m for Gordon and that he would be open to this move.

Lampard wants to “go forward” with Gordon so he will not be departing Everton anytime soon:

“He’s going nowhere and that is a hugely important thing for me. He is the sort of player we want to build and go forward with.”

On Gordon becoming Everton’s new number ten, Lampard added: “He has worked for it. You have to earn the No 10. There is this desire for numbers.

“I was fortunate, I fell into the No 8 [at Chelsea]. I understand it, especially the 10, it has this magic to it, the flair, and he has it, especially in his own style. He deserves it, absolutely.”

Everton signed James Tarkowski from Burnley on a free transfer earlier this summer. Lampard is confident that he will be a “big player” for them:

“He is a player I have admired for a long time, since before working at Everton. He is proven Premier League quality and durability.

“When you look at his numbers at Burnley, a lot of them have been based on a robust desire not to be beaten.

“He’s got great physicality, he is great in both boxes and really good on the ball. I am pleased we got it done quickly.

“I am sure he is going to be a big player and Evertonians are going to love him. He is a leader, I have seen that straight away and we need leaders.”