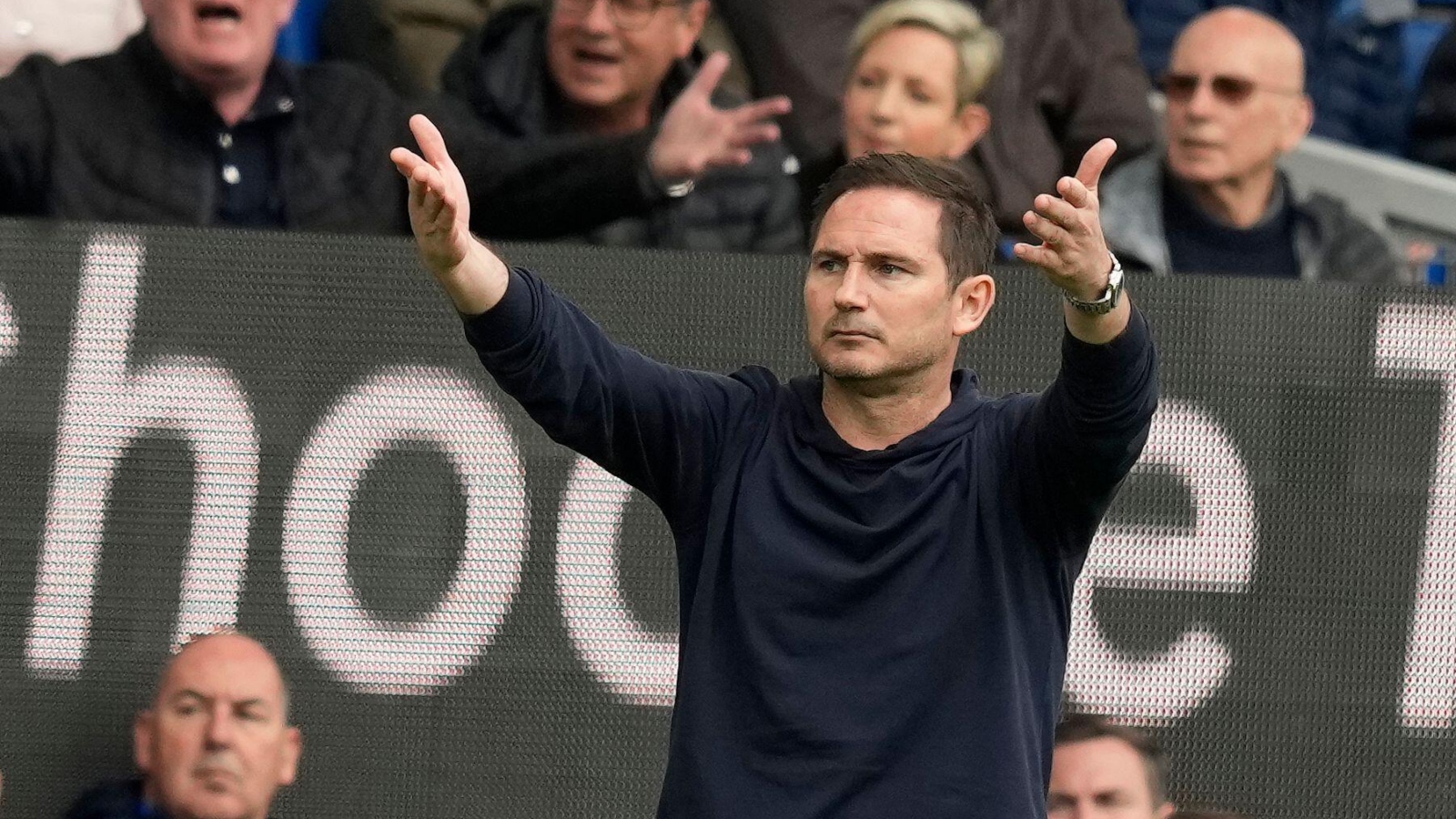 The Merseyside club picked up a crucial victory against Lampard’s former club after Richarlison capitalised on a lapse of concentration by Cesar Azpilicueta to slot past Edouard Mendy.

They are now two points from safety but have a game in hand on their relegation rivals, Leeds and Burnley.

Jordan Pickford was excellent on the day to keep a clean sheet, but Lampard said the fans were “man of the match” against the Blues.

WHAT A SAVE FROM PICKFORD! 🤯

Lampard told Sky Sports: “Difficult. They are always a team that will put you under pressure late on. We did brilliantly. The team, stadium, the fans were man of the match today. From the drive in to the support, which we need. Thanks to them.

“The fans are in the middle of this. I am pleased the players could see on the way in what it means to the fans. They know that and understand it. They got behind us, were nicely aggressive, this place has to be a hard place to come. Results have been good here at Goodison before I came, we have to maintain that.

“We have to fight for points, we are in the relegation zone and we have to go with that same spirit every game.

“They [the players] have to show they care. I like that. They don’t have to go over the line but have to show they care, the fans want to see that. I prodded them a bit before the game because the situation is clear. We need to perform with that level in all our remaining games. That needs to keep coming in and if it doesn’t we have to sort it out.

“Jordan made great saves. they are Chelsea and will have chances but we had chances as well. Jordan is such a great lad, he is England’s number one and that is the reason why.

“That is top level goalkeeping, I am happy with him and all the players and all the subs who came on.”