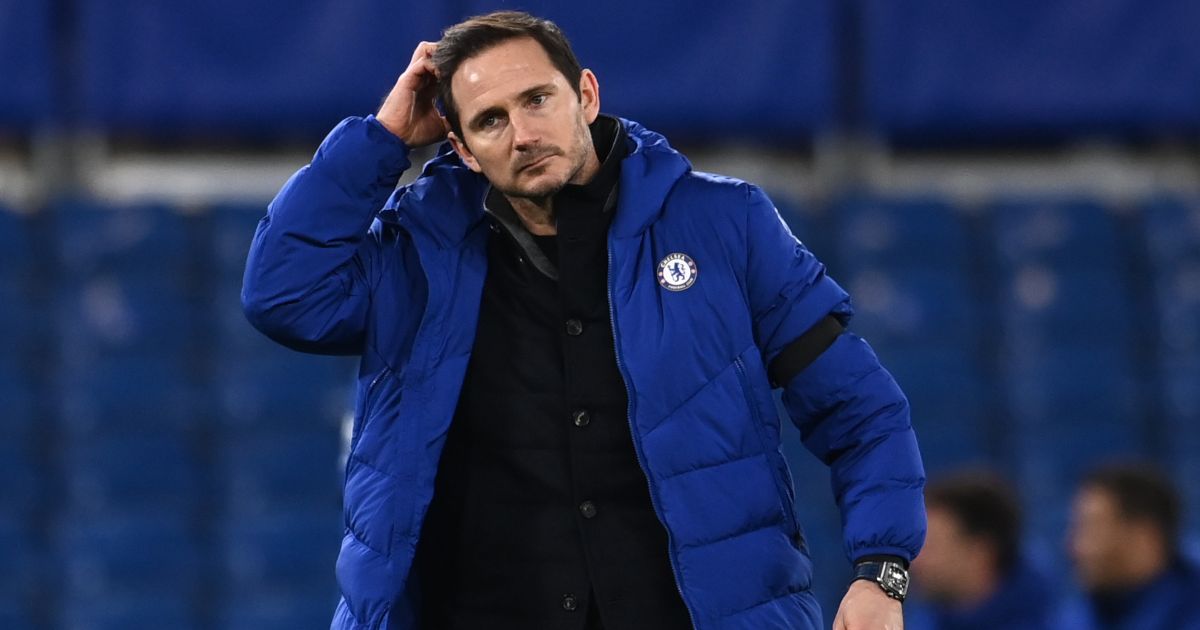 Everton have added Frank Lampard to their shortlist of candidates for their managerial vacancy after sacking Rafa Benitez, according to reports.

The Toffess chose to fire the Spaniard on Sunday following their 2-1 loss to relegation-threatened Norwich City at Carrow Road.

Their defeat to the Canaries was their ninth in 13 Premier League matches with Everton now only six points off the relegation places themselves.

A report today in The Athletic also claimed that Benitez ‘feels he was working for a dysfunctional club where the owner takes too much heed of agent talk, both in terms of recruitment and tactics, and there are too many moving parts among the hierarchy’.

And now the Daily Telegraph claims that ‘Wayne Rooney and Frank Lampard are set to be interviewed for the vacant Everton manager’s job as the club move to a new four-strong shortlist.’

Rooney and Lampard are ‘under strong consideration by the Everton owner Farhad Moshiri and Bill Kenwright, the club’s chairman’ as they seek a successor to Benitez.

Lampard has been out of work since being sacked by Chelsea a year ago despite having been linked with numerous vacancies.

The former Chelsea midfielder is ‘understood to be a very serious contender among the Everton board’ while ‘there are understood to be two further candidates under consideration.’

Belgium boss Roberto Martinez, who had a three-year spell as Everton manager, was linked heavily yesterday, with the Toffees apparently wanting him to come in as a interim manager until the end of the season.

However, the Daily Telegraph adds that, despite initially trying to reappoint him, ‘they could come to no agreement with the Royal Belgian Football Association to share the Spanish coach until the end of the World Cup finals in December.’ While there is no chance Martinez would force a move.

Following his exit from the club, Benitez wrote on his official website: “We knew it wouldn’t be easy, and that it was a big challenge, both emotionally and in terms of sport.

“My love for this city, for Merseyside and its people, made me accept this challenge, but it is only when you are inside that you realise the magnitude of the task. From the very first day, my staff and myself worked as we always do, with commitment and full dedication, we didn’t only have to get results, but we also had to win over people’s hearts.

“However, the financial situation and then the injuries that followed made things even harder. I am convinced that we would have been better once the injured players were back and with the arrival of the new signings.

“The road to success isn’t easy and sadly, nowadays in football there is a search for immediate results and there is always less and less patience; unfortunately circumstances have determined the results and it won’t be possible to continue this project.

“In any case, thank you to the board, to the staff, to the players, and to those fans who have supported us during this time.”