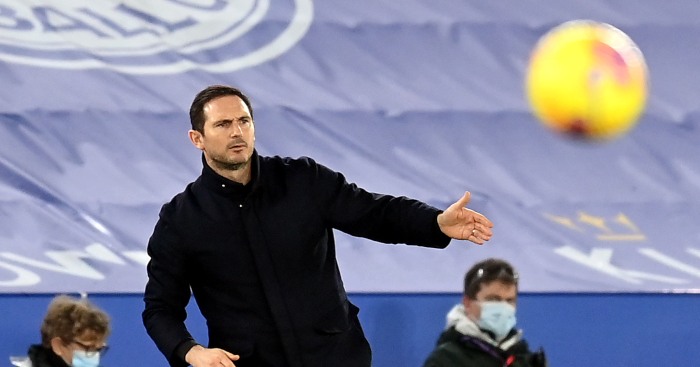 Frank Lampard is set to be given more time to turn the situation around at Chelsea, with the Blues bosses preferring not to appoint an interim manager mid-season.

Lampard has come under severe pressure in recent weeks, with the 2-0 loss at Leicester their fifth defeat in seven in the Premier League.

But The Independent claims the club are reticent to sack him, partly due to his status as a club legend but also because of a desire to avoid the ‘short-term issues that come with an interim boss’.

The report states that while there is an awareness that if the poor results continue something will have to be done, Chelsea would rather replace Lampard when their preferred candidate is ready to take the job.

There is still said to be hope Lampard can lead a resurgence, but Chelsea are considering potential successors.

Julian Nagelsmann is thought to be the preferred option, due to both his own record, as well as his connection to  Timo Werner.

Thomas Tuchel would be a secondary option, but Max Allegri is not currently considered a candidate.