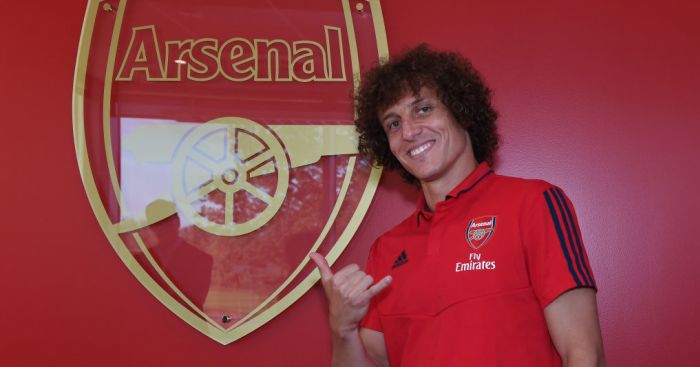 Frank Lampard has denied he fell out with David Luiz at Chelsea as the defender pushed to sign for London rivals Arsenal.

Brazilian defender Luiz completed a deadline-day move to the Gunners for a reported £8million and said his “cycle had finished” at Stamford Bridge.

The 32-year-old spent seven years across two spells with the Blues, winning six major trophies, including the Premier League and Champions League.

“David’s obviously left. We’d had some conversations over the last week. It’s an area of the pitch where I have competition,” said Lampard.

“He’s moved on. I, and we as club, certainly wish him the best. There certainly wasn’t any strikes. And in terms of fall-outs, no.

“The day that David didn’t train was a decision I made. It was just probably what worked for that day.”

Asked whether Chelsea had strengthened a rival by allowing Luiz to join Arsenal, Lampard said: “I don’t think you can always dictate where a player goes.

“This obviously happened close to the deadline. David was pretty clear what he wanted.

“Of course he’s a good player. He’s gone to a competitor, it’s happened before, it will happen again.”