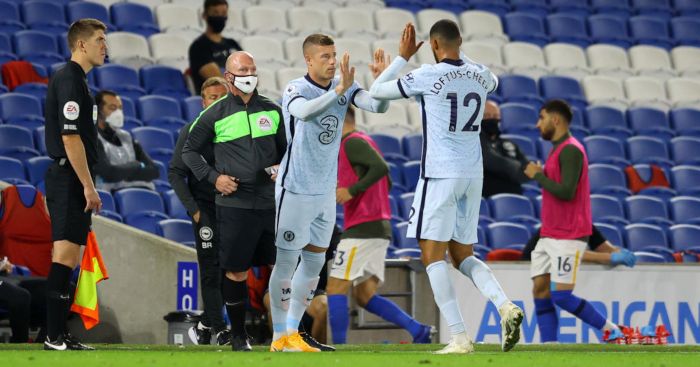 Chelsea manager Frank Lampard knows Ruben Loftus-Cheek needs to play games this season, either out on loan or in his team.

The 24-year-old has battled his way back from an Achilles tendon injury, with a return to regular action then delayed by the coronavirus shutdown.

Aston Villa and Southampton have both been linked with a loan move for the midfielder, who has 10 England caps.

Lampard maintains Loftus-Cheek is held in the highest regard at Chelsea but finds himself in a difficult position in terms of current opportunities.

“I am very open with Ruben. We have had a couple of conversations in the last week. He is fit as a fiddle so he could play week in, week out, but he needs to play,” said Lampard.

“He has done a lot of work now and would have been playing a lot of games earlier if it wasn’t for lockdown and Project Restart.

“There is a possibility Ruben might go out (on loan) to play games because I think that would be great for him.

“We hold him in very high regard here, I certainly do, and that could be a good option for him.

“But if it’s not the right option, he will be competitive in this squad as well because of the qualities he has and hopefully be a big plus for us, so I am relaxed about it.

Chelsea head to Tottenham in the Carabao Cup on Tuesday night, when new signing Edouard Mendy could make his debut in goal.

However, Lampard maintains the arrival of the Senegal international does not mean the end of Kepa Arrizabalaga’s club career.

The Chelsea boss feels Kepa has been singled out for criticism which is often “ramped up” via social media following a run of high-profile errors by the club-record £71million signing.

“I want to be a source of strength and support for any players who had those moments,” Lampard said. “The players have to toughen up yes, but I do think sometimes it has certainly gone over the mark in the modern day because of how it is.”

Defender Thiago Silva, making his Premier League debut, was culpable for a costly individual error during Saturday’s match at West Brom, where Chelsea trailed 3-0 at half-time before mounting a comeback to earn a point.

Lampard, though, feels the response of Thiago in swiftly owning up to the slip shows his true worth.

“This is why Thiago has had such a great career, it is because he has the balls or the humility to put his hand up and say ‘yes that was me’,” Lampard said. “When I see that, I have no problem. Mistakes are absolutely plausible for anyone in football.

“You put your hand up, come back even stronger and Thiago did that on Saturday. He didn’t even need to do that with me actually because I respect him already, but I appreciated it.

“He is going to be a big deal for us in showing those sort of leadership, tough qualities that it takes to be winners.”