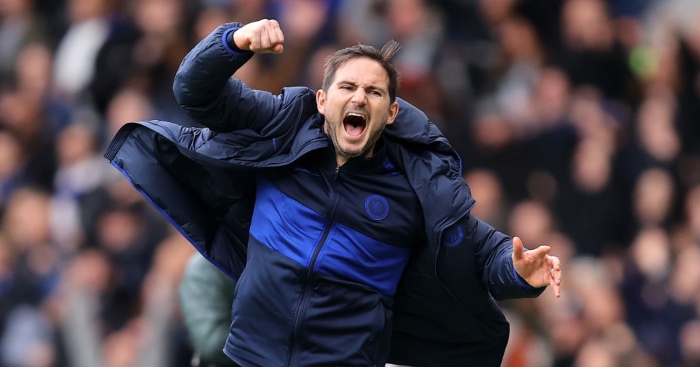 Frank Lampard hopes Mason Mount receives the praise he deserves after an “unbelievable” performance in Chelsea’s crucial 2-1 win over Spurs.

The England international has gone 15 games without a goal and was dropped to the bench for the 2-0 loss to Manchester United on Monday.

But he was restored to the lineup alongside Oliver Giroud, Ross Barkley and Marcos Alonso, who were all brilliant on rare starts for the Blues.

“It was a great goal for different reasons,” said Lampard afterwards. “Mason’s run (was important). Mason’s performance, I hope that gets digested properly afterwards.

“A lot of people talk about Mason and his goals but his work rate and his sharpness in his game today was unbelievable.

“Ross, I shouldn’t leave him out because he was similar today. He has the awareness to find Alonso and it’s as clean a strike as you can make.”

Giroud, meanwhile, opened the scoring in the 15th minute having been handed his first start in nearly three months and the experienced France international, who appeared to have been on his way out of the club in January, was delighted to be back and contributing to an important victory.

“It was a very important game for us today,” he said. “I want to talk about the team spirit. We’ve shown great character today. We knew it was maybe a kind of turning point.

“We lost a bit of confidence. It was nice to bounce back and get this win, a hard win against a rival, so I feel relieved today.

“I was lucky the ball came back after hitting the post and I tried to finish. It was a good feeling for me, a good moment and I’m so happy for the team to win today.

“It’s been three months I didn’t start, it’s been a special day for me and all of us.”