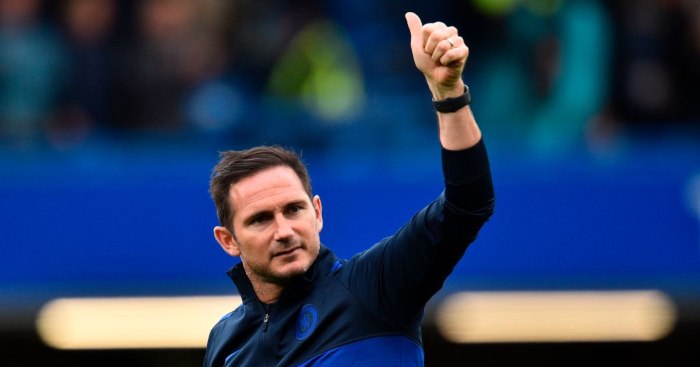 Frank Lampard says that he “did not expect” the level of performances Mason Mount is producing for Chelsea.

The Blues had peppered the Brighton goal throughout the first half but only made the breakthrough when Jorginho tucked in a penalty five minutes after half-time.

Willian’s well-taken second secured a maiden three points at home for Lampard, while Brighton never really threatened to deny the hosts a first clean sheet of the season.

Lampard told BBC Sport: “We needed the win. We haven’t had a 90 minute game where we’ve controlled it enough. The only disappointment is we didn’t have more goals. A clean sheet as well. It is good for the confidence of everyone.

“We had a lot of shots first half. But weak finishing and a bit of bad luck. You do start to wonder but you have to remain confident it will come and it did.”

On Mount, Lampard added: “The all-round game and quality of Mason. He is the cataylst for us getting in front with his sharpness. He was brilliant for me at Derby. I did not expect this level but he he is improving daily.

On the crop of young players coming through, Lampard continued: “It is great for the club and a long time coming. The work is done in the academy. The mentality is great. They want to play for this club. At the moment they are earning it and setting a level for others.

“I have complete confidence in the lads. They are there on merit. Whatever game they take it on board and long may it continue.”