Home Mailbox Why is Lampard ‘not getting even more stick’ at Everton? Silent Man City and more mails… 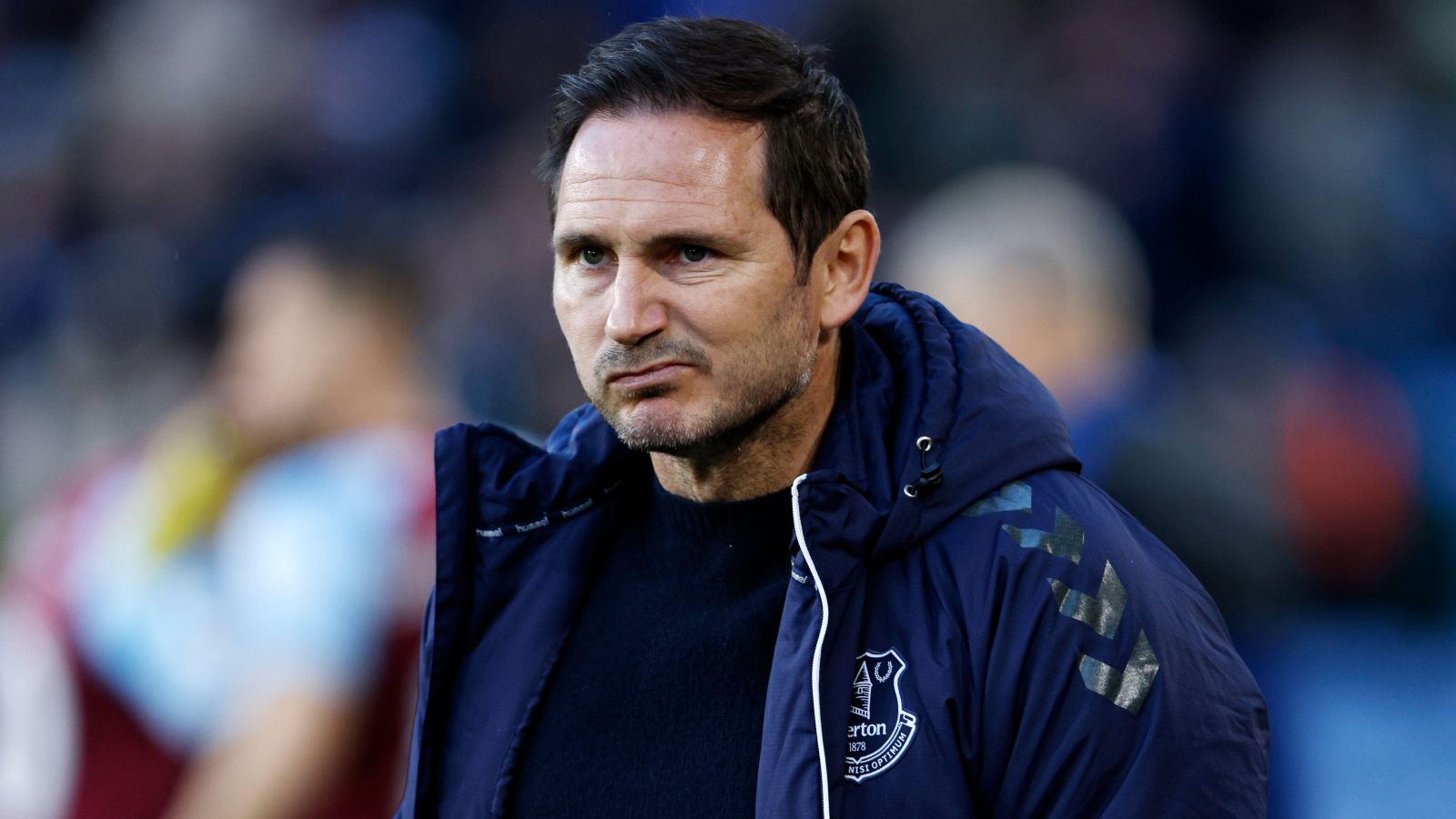 Should Frank Lampard be getting more stick at Everton or has it gone too far? Plus, a quiet Tuesday night at the Etihad, Robo Pep, Arsenal relegated and skills…

A quiet Tuesday night in Manchester
Rare that I have time to watch a non-Liverpool game these days but my wife and youngest son are in hospital (they’re fine, don’t worry) so I had time on my hands. Amazing game, of course, but did anyone else think the crowd was incredibly flat? I’m not one get into a “My dad’s harder than your dad” argument, so I’m not coming at this comparing City to Liverpool or anything. It’s not a criticism, just an observation.

Man City have some incredible supporters. Go back and watch the highlights of their playoff semi finals and final from division 2 and the atmosphere is fantastic. When the goals go in, fans are going ballistic. Last night, that just wasn’t the case. I watched the second goal go in, to go 2-0 up, after 10 minutes, against Real Madrid in the Champions League semi final and I couldn’t believe it. It was like it was a Premier League game against Watford. In most stadiums, you’d expect the place to then be absolutely bouncing following the goal. Non-stop singing, non-stop cheering. It wasn’t the case at all. It was quiet.

There was a section of the crowd you could hear throughout the game but the majority were pretty quiet for a game of that magnitude. Is this purely the result of the day-tripper type fans that larger clubs attract now? I mean don’t get me wrong, some Premier League atmospheres are flat as anything, Anfield included, but most fans get up for it for the big games.

Speaking of fans, City fans booing the theme of the tournament that their club is desperate to win remains extremely silly. It’s like a teenager who thinks he’s being edgy for some minor act of rebellion, when actually they just come across like a knob. Seriously, you’re not some hard done by underdog, give it a rest.
Mike, LFC, London

Robo Pep
Just a quick rebuttal to Mark (MCFC) — I am indeed one of those people that find watching City suffocate the life out of teams by flooding the midfield dull as ditchwater.

And I think last night’s madness of a game and the excitement it generated just shows how dull City normally are — do you think Pep is happy about the lack of control City had in that game? Or do you think he would have much preferred the usual 95% City possession followed by a pull back for one of the 450 midfielders to score a couple?

Basically City got involved in a proper game, a real ding-dong last night, not the usual sterile game they usually play where they are 4-0 up after 20 minutes. I think I speak for all of football in requesting Keegan comes back after Pep has gone.
Dan, London

Everton have been ever present in the Premier League and in that time (this is the 30th season) they have never finished in the top 3 (and obviously never in the bottom 3). 29 previous seasons of never competing for the title and never being relegated. In that time Norwich, Nottingham Forest, Aston Villa, Blackburn, Newcastle and Leicester have all finished in the top 3 but not Everton. They have reached 1 FA Cup final in the last 25 years and haven’t reached the League Cup final since the 1980s. Everton have never actually won the League Cup which puts them in the shadow of such luminaries as Oxford United, Stoke, Swansea, QPR, Swindon, Luton, Birmingham and West Brom.

The sun rises and sets, players come and go, Prime Ministers are convicted of criminal offences and pandemics threaten our existence but through it all Everton finish mid-table. Always and forever mid-table. I mean, seriously, what is the point of Everton?
Micki Attridge

Lack of leadership…
Before getting to my main point, a shout out to City and RM for an entertaining game last night. To Mark’s point, as a neutral it was definitely fun to watch. City should have had a couple more – at least.

And a rebuttal to James EFC. It seems Evertonions keep making the same point without hearing what is being said or the rationality of it. So I’ll say it again. If Liverpool are buying players from other premier league clubs, then those other premier league clubs must have been able to convince those players to play for them. The point? Everton could equally have signed said players no?

So, to be clear. If Hull could find Robertson, Newcastle Wijnaldum, Southampton Mane and Van Dyke, Wolves Jota, for example, why couldn’t Everton? Liverpool didn’t bring those players into the Premier League.

Everton have been absolute b*ll*cks at scouting talent for a long time. It’s got nothing to do with the fact the players would prefer to go to Liverpool – of course they would right now – but that wasn’t the case when Liverpool were building their team looking for hidden gems to fit their system.

So rather than see big bad Liverpool as the cause of Everton’s problems or to excuse the ultimately pitiful time wasting, focus on why when Everton did decide to play, they could play and why those same players have not turned up like that away from home for so long. It’s because, like their fans, they are blaming everything and everyone else for their fate rather than standing up to be counted.

That’s why Everton are in such trouble, why neutrals don’t like whining Frank – who isn’t showing any leadership either.
Paul McDevitt

As a plastic LFC fan, I have a soft spot for Rafa & am not a great fan of Frank Lampard, so I’m clearly biased, but I’m not sure why Frank L is not getting even more stick than he has been. No real ‘new manager bounce’ and his record is even worse than Rafa’s:

Frank hate…
Yeah I don’t really get the hate for Frank at F365 towers. Anti-English/British sentiment is fairly common on the site. Mainly from Johnny N. Now I’m all for a wee bit of anti-English sentiment. My recent mails re: geo politics and football caused quite a stir amongst the Queens’ loyal followers. I just don’t really understand the hatred of the English when it comes to football. I like English football. Hell I even like the English football team AND its manager. I never thought id say those words in my life.

As with almost all leagues in Europe/the world, the majority of managers within that league, tend to be from that country. These people often know the clubs, know the language, have the visa, know the dressing rooms, understand the league, understand the club/expectations etc etc. It seems a fairly logical place to start. Unless there is some clear managerial genius available from Dusseldorf for a decent price that is willing to go to a relegation troubled borefest like Everton, then you’re flipping a coin really. Do you want to avoid relegation by playing total football, or do you want to avoid relegation by old school English “get faaaaaaacking stuck in you muggggs” tactics. With a piss poor team like Everton, either way seems as likely as the other to produce success. Franks way doesn’t seem to be working. I’m not sure the “insert hipster Dutch coach’s name here” way would work either. Better the devil you know perhaps?

You are as likely to get the same above results with Frank Lampard from London as you are with Frunk Vun Lampardstank from Hamburg. No doubt all the football hipsters would say otherwise. Let’s not act like any of the managers outside the top 6 or 7 are doing anything of much interest. Be they from Plymouth or Paris, be it tippy tappy or hoofy smashy football… its all pretty much dross.

The most important thing F365 Towers seems to not understand. It’s that English/British Managers are good craic. Allardyce, Redknapp, Warnock, Fergie, Bassett… They’re fun, they’re ridiculous, they are incredibly lacking in self-awareness. They make great TV. They will say funny things about their wives and curse on TV. It’s great. We should be encouraging the next lineage of this type of manager. Not frothing at the mouth anytime some lad from over the pond manages to get his team to string 3 passes together.

So choose 4-4-2, choose 6 pints the night before the match, choose chat sh*t get banged, choose VINDALOO, choose idiotic interviews out the car window on transfer deadline day, choose losing the English job after a few weeks due to corruption, choose steak and kidney pies, choose saying “we woz robbed” after every defeat, choose blaming the ref, choose signing George Weahs cousin, choose hoofing the ball to the centre forward… (Born Slippy by Underworld fades in…)
Shz

Graham Simons asked the Mailbox “Where has all this hate for Everton come from?”

Arsenal relegated
Plenty of people I know would love Arsenal to get relegated, Graham – they just aren’t in a position it might happen.

Who else has skills named after them?
I told my wife Benzema scored a Panenka penalty. She looked at me like I was speaking in code.

It got me thinking, other than the Cruyff turn, does anyone else have a skill or technique named after them? That Ronaldinho dummy trick, is that one?

I know there are awards (Puskas) and even positions (Makelele), but for the life of me I can’t think of skills. I’m sure I practised a McManaman turn in my school days, but might be making that up?