Home Everton Lampard has no fear over future despite Everton struggles 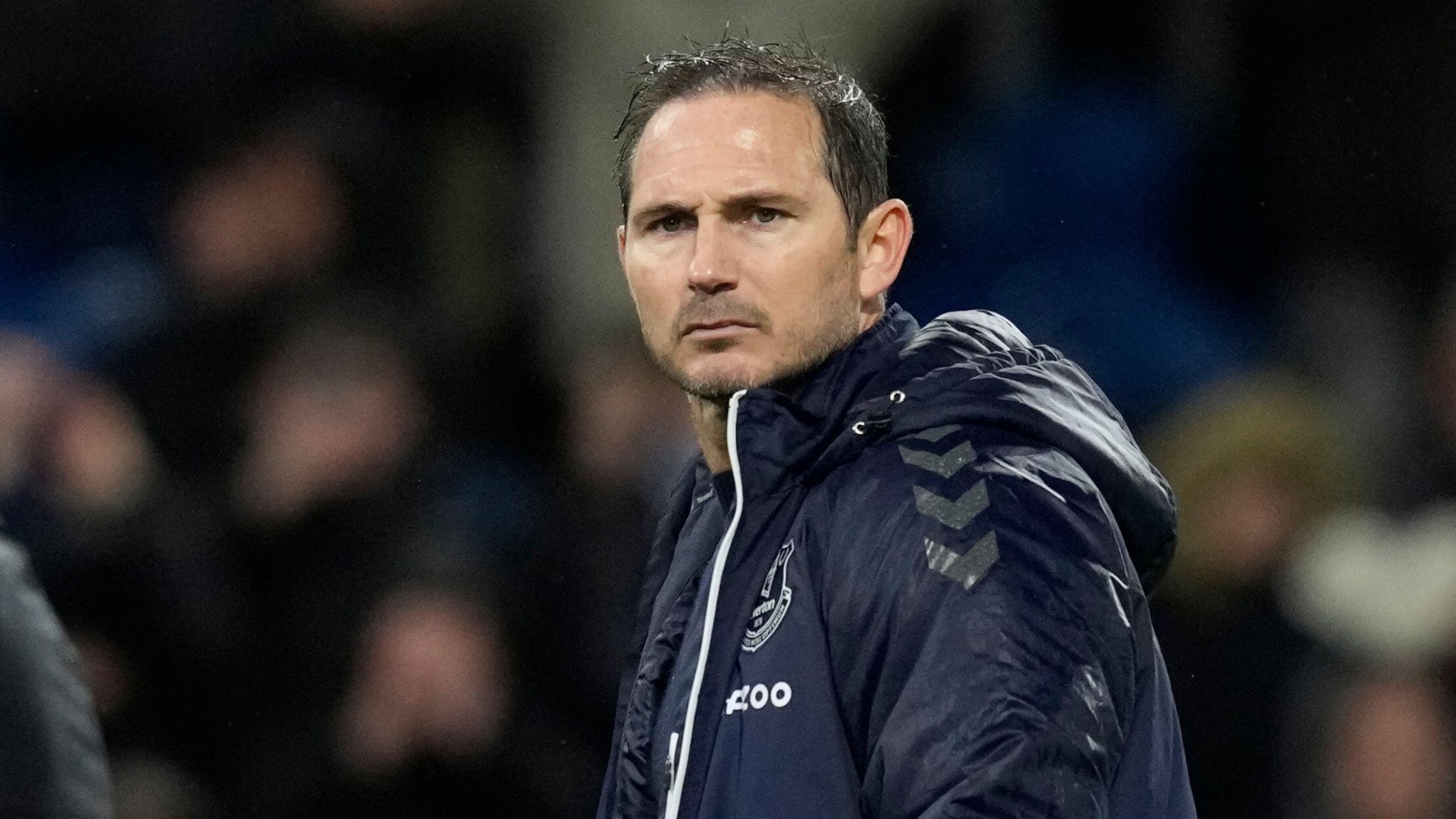 Frank Lampard insists he does not fear for his future despite Everton being threatened with their first top-flight relegation since 1951.

Defeat to fellow strugglers Burnley on Wednesday left the Toffees just a point above the drop zone, having taken just six points from the nine league matches he has been in charge.

Five clubs, like Everton, who looked too good to go down

Lampard has won four (two in the FA Cup) and lost eight since he replaced Rafael Benitez at the end of January, when the club were 16th and four points above the relegation zone.

“I know the rules. For me, in my relatively short managerial career I spent 18 months at Chelsea where I was probably two games from the sack,” he said ahead of the visit of Manchester United.

“Maybe that’s a symptom of football in the Premier League. That’s pressure, that’s fine, you sign up for that. I have no problem with that in terms of speculation.

“We are a huge club, people want to talk about it. I don’t waste my time I just do my job.”

The 3-2 defeat at Burnley felt the most damaging result of the season so far, having led 2-1 at half-time, and it has inevitably increased the pressure and left fans fearing the drop.

Lampard urged them not to panic, although he accepts the narrative is only about one thing.

“If I’m honest it’s not easy when four questions you ask me are about my job and if we are getting relegated,” he added.

“I have to handle that because I have to do my job and I can’t tell the fans how to be, I can only ask them to turn up tomorrow and be absolutely behind us – as they have done since I’ve been here.

“Results are the turning point of things. If we win on Wednesday (it’s a) seven-point buffer to Burnley, six points to Watford with a game in hand. If you don’t it flips in the other direction.

Having buckled under the pressure, not for the first time, at Turf Moor Lampard wants his players to be more aggressive.

“In the period we are in now when we are fighting for results we have to be controlled, nasty, if that’s the right word,” he added.

“We obviously need fight because when you are in this position you need to fight, to run, to compete and we have absolutely done that at Goodison every game I’ve been here.

“It has to be in our nature, those are the basics.”