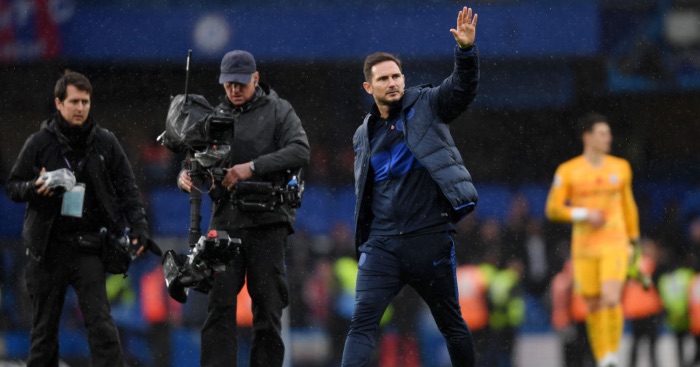 Chelsea boss Frank Lampard picked out “fantastic” Reece James for his performance against “one of the best wingers in the league”.

The Blues were frustrated by a typically dogged Palace defence in the first half at Stamford Bridge but upped the temp after the break, with Tammy Abraham and Christian Pulisic scoring in what turned into a comfortable 2-0 victory.

Lampard was delighted with the all round team performance but was particularly pleased with Hames – making his first Premier League start – for his attacking play and for the way he dealt with Wilfried Zaha.

“I thought Reece was fantastic against one of the best wingers in the league 1v1. He dealt with those situations and delivered in attack. I trust in Reece.

“I was delighted with our game management, and I got as much joy out of Zouma and Tomori’s performances in defence, and the midfielders shielding in front of them, as I did our attacking play.”