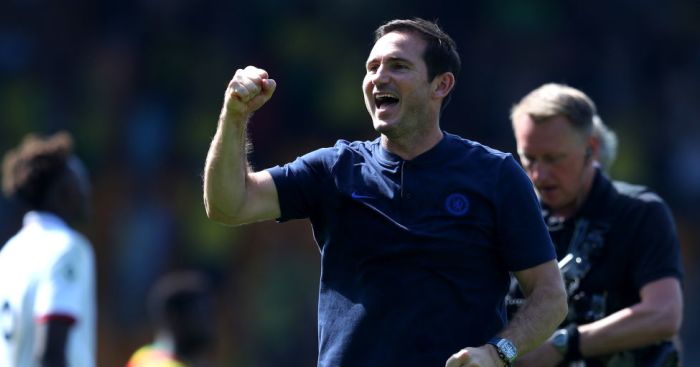 Chelsea boss Frank Lampard was “particularly pleased for” Tammy Abraham after he scored twice in their 3-2 victory at Norwich City.

Norwich twice came from behind through Todd Cantwell and Teemu Pukki to cancel out goals from Abraham and Mason Mount as the teams went in 2-2 at half-time.

However, Abraham produced a brilliantly taken goal to seal the match in the second half when his driven shot beat Tim Krul on 68 minutes.

Lampard told BBC Sport: “It was a tough test and Norwich will get a lot of points here because they are a good side.The two goals we gave away I didn’t like but there were lots of good elements to our play and i’m really pleased.”

On Abraham, Lampard added: “I’m particularly pleased for Tammy and he scored two good goals and the winning goal, but I want to talk about all the players today as we controlled the game on a hot day. Our performances haven’t given us what we deserved so far – but today it did.”

On injuries to players, he continued: “Pedro felt his hamstring in the warm-up but Mason was just a kick to his calf so hopefully he can quickly recover.”