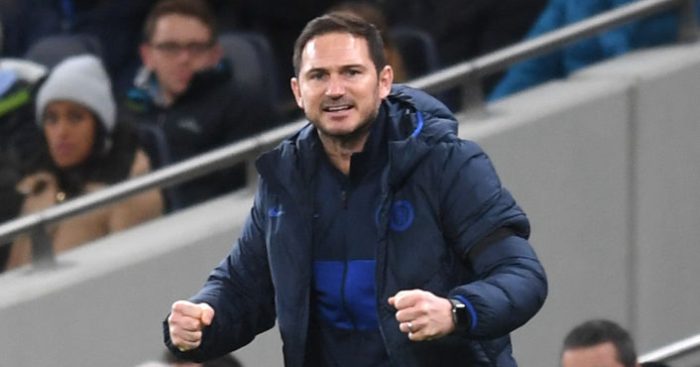 Frank Lampard has targeted four players as priorities as he looks to spend his £150m January transfer budget, according to reports.

A report in The Guardian claimed earlier this month that Chelsea boss Lampard has been given a £150m budget for January.

The ban in the summer allowed Lampard to quietly go about his preparations for the season with the former midfielder giving youth a chance in his starting XI.

However, it now looks as though the former Derby County manager will be able to strengthen his Chelsea squad ahead of the second half of the campaign.

And the Daily Express (via the Daily Star) now say that Lampard has his eye on four players in particular as he looks to spend money in January.

A replacement for Eden Hazard is top of the agenda for Lampard and Chelsea, though, with the report claiming Borussia Dortmund’s Jadon Sancho, RB Leipzig’s Timo Werner and Crystal Palace’s Wilfried Zaha are all options.