Home Chelsea Lampard reacts to being dragged into Keane-Carragher debate 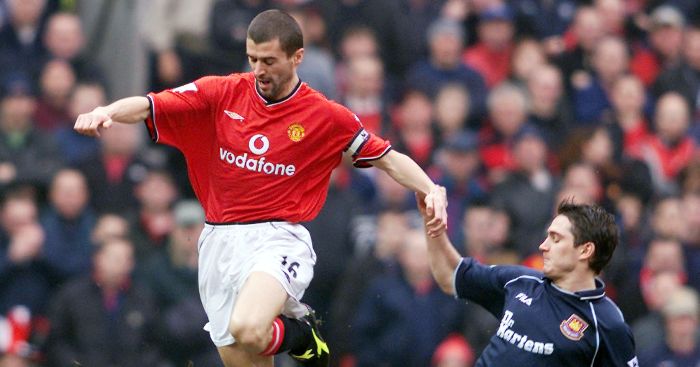 Frank Lampard says he is out to silence doubters like Roy Keane by making a success of his Chelsea tenure.

Keane sarcastically claimed Lampard has “all the answers for Chelsea” in a typically pugnacious Sky Sports panel discussion with Jamie Carragher on Sunday.

The former Manchester United captain questioned Lampard’s progress at Chelsea while defending Ole Gunnar Solskjaer’s situation at Old Trafford, in the wake of Liverpool’s commanding 2-0 win over the Red Devils.

Lampard was quick to sidestep any clash with Keane but revealed his surprise that his name cropped up in the discussion.

“I watched it, it was good viewing wasn’t it? It makes your ears prick up,” said Lampard, who took the Chelsea helm last summer after just one season at Derby.

“I don’t think being English gives you any sort of a bye from criticism, in fact I’ve heard quite a lot when I first got this job of writing me off because I’m young and English and only had a year at Derby.

“I think that conversation was so quick that a lot was coming out.

“And fair play to Roy, I love watching him talk about football because of how passionate he is and to the point, but I don’t think I’ve had any byes for being English.

“I get the whole Derby one. I went to Derby with a team in a difficult place and we made a fantastic effort to get promoted.

“I don’t expect that to be a gauge of whether I should have got the Chelsea job or not.

“A lot of people want to question inexperience and it’s my job to do as well as I can here, so I put those questions to bed.

“We are in a process here at the minute and I want to get better and better, and I have respect for Roy Keane and Carra and I got it.”