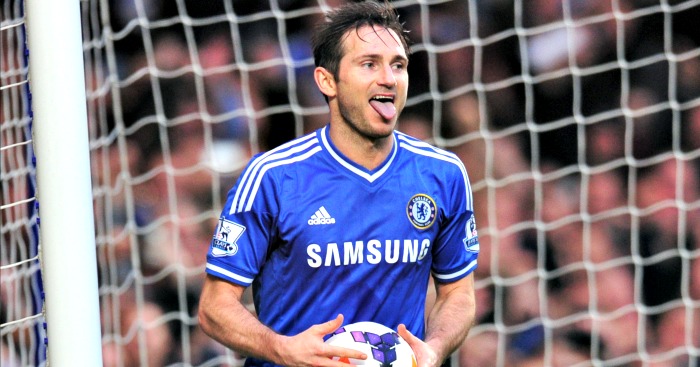 Frank Lampard has played down reports suggesting he is a contender to succeed Maurizio Sarri if the Chelsea head coach is sacked.

Lampard is Chelsea’s record goalscorer, won every club honour during 13 years as a player at Stamford Bridge and is impressing as he makes his managerial bow with Championship Derby.

Sarri’s position could be under threat following Sunday’s 6-0 loss at Manchester City, another of Lampard’s former clubs, as the Blues slipped to sixth place in the Premier League.

Both The Sun and the Daily Mail reported that Lampard was the bookmakers’ favourite to replace Sarri at 2/1 on Monday, although that is most certainly no longer the case. BetVictor offer odds of 5/2 for him to be next Chelsea manager, while other markets have him about as likely as Marco Silva to be appointed.

“My job is here,” Lampard told a Derby media conference on Monday.

“We’re working very hard and my thoughts are on Ipswich Town on Wednesday, and Brighton on Saturday.”

Lampard backed Chelsea “as a club” to show resilience and respond to the humiliating defeat, their worst in the league for almost 28 years.

The former Blues midfielder said: “With my Chelsea hat on, 13 years as a player there, you have a feeling for it and it’s not nice, it’s not easy. It doesn’t happen to Chelsea much so when it does it’s a shock.

“But they’re going up against an incredible team and I had some time at Manchester City as well. I have some feelings for them. The work Pep Guardiola and their incredible squad have done is something special.

“For Chelsea it was a tough day. With all top teams the important thing is you come back strong, no matter what type of defeat. What makes top teams is resilience and Chelsea as a club will have it.”