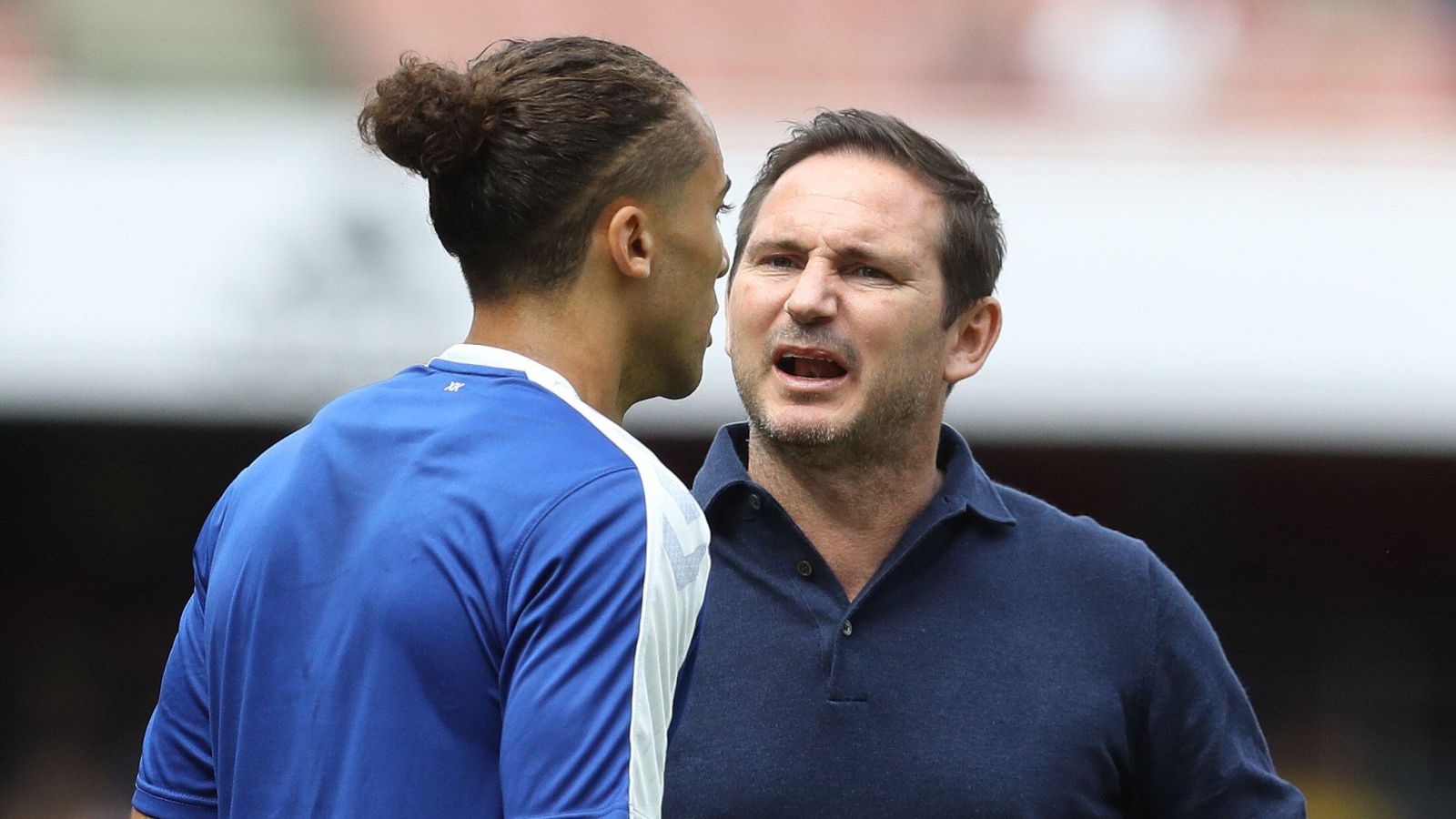 Everton manager Frank Lampard will target attacking reinforcements in January as he sees to find a solution to their goalscoring problems.

Injury-plagued striker Dominic Calvert-Lewin is currently dealing with three issues and while the hamstring problem sustained in last weekend’s defeat against Leicester will keep him out of Saturday’s trip to Bournemouth, a previously dislocated shoulder and, more significantly, a knee injury from the start of the season are ongoing issues.

Everton have scored just 11 goals in 14 Premier League matches – their top scorer is Anthony Gordon with three – and it is an area which Lampard knows needs to be addressed.

“We are certainly considering it in the squad,” said the former midfielder when asked whether attacking signings were a priority in January.

“When we looked at the (summer) window I knew we had to strengthen throughout the squad in different areas and the priority was to stop conceding and be more solid through midfield.

“It (attack) may be the next step, considering we haven’t had Dominic as well for a big portion of this season so far, to give ourselves more options in an attacking sense to help the squad.

“Leicester (last weekend’s 2-0 defeat) is a prime example: it was tightly-contested, 50-50 possession, they have got some really good players and a threat and we missed two really big chances and they scored two amazing goals. Those things in both boxes can be really critical.”

Calvert-Lewin has managed just 339 minutes of football – and completed 90 minutes just once – so far after a knee injury on the eve of the season sidelined him for two months.

Lampard hopes the break for the World Cup will give them chance to sort finally sort his issues.

“The hamstring is a small injury, it is a 10-day injury as such which is slightly irrelevant now,” added the Toffees boss.

“The shoulder was a whack he took against Newcastle (a month ago) and he had a recurrence against Fulham. He has been strapped up a lot and it was something which was looked at by a specialist yesterday and doesn’t need any surgery.

“He has been getting through with some issues but the knee is probably the most prominent injury that we want to get right, which is a similar to what he had before and it’s been aggravated so this period gives us time to get it back right.

“We hope the break comes at a good time for him and we expect him back for Wolves on Boxing Day.”

Everton head back to Bournemouth where, on Tuesday, a side registering 11 changes capitulated 4-1 to essentially a Cherries second-string.

Lampard criticised the players after the game but he will not hold it against his wider squad, while insisting the result will have no bearing on this weekend which could end with Everton being in the bottom three.

“I don’t think we should make an absolute declaration on an individual off the back of one game,” he said.

“It’s one game and we go back to fighting in the league. That’s it.

“It (the result) makes no difference. It might give us more desire, determination, I don’t know. Of course we’ll make some changes and it’ll be a different game.”