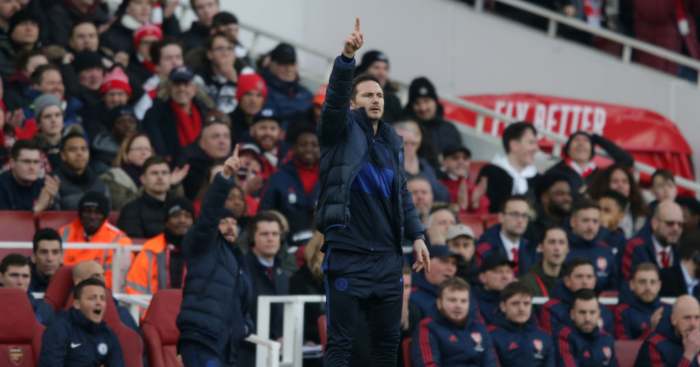 Frank Lampard says he was annoyed by his side’s “lethargy” in the first-half of their 2-1 victory over Arsenal on Sunday,

Goalkeeper Bernd Leno’s howler had gifted Chelsea an equaliser when Jorginho tapped into an empty net with seven minutes to play.

And then Abraham traded passes with Willian on the break before spinning and firing beyond Leno to complete a battling victory on an afternoon filled with struggle for the visitors.

Asked whether he was angry with his players at half-time, Lampard said: “Possibly.

“From my point of view you can accept a miss-pass but you can’t accept lethargy in a London derby. The players were told that and they delivered.

“The second half was nothing to do with tactics it was all to do with spirit and desire. I still haven’t bounced back from Boxing Day mentally (loss to Southampton).

“Our next home games we’ll do everything we can to turn the corner. We’re still in fourth and want more and the home games have been different so we have to focus on them when they come around.”