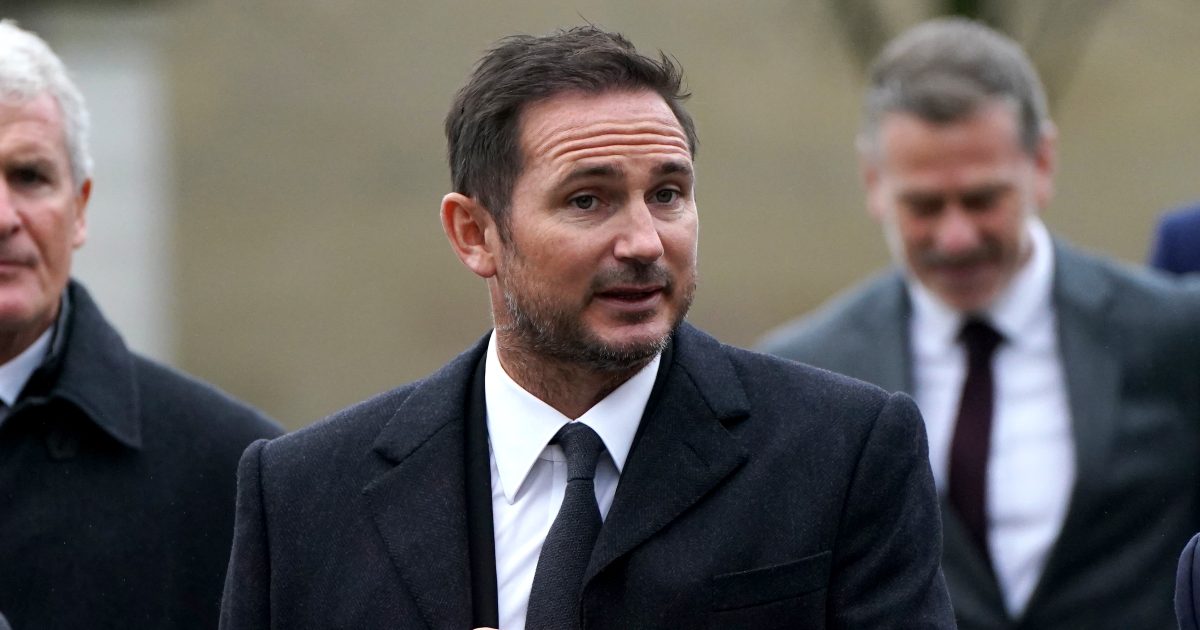 Vitor Pereira is set to be confirmed as the new Everton manager as ex-Chelsea and Derby manager Frank Lampard is out of the running, according to reports.

Everton have been on the lookout for a new manager since Rafael Benitez was sacked earlier this month.

They started the 2021/22 season brightly but they are on a poor run of form as they are now just four points clear of the bottom three.

Will Frank Lampard ever get another job?

The likes of Lampard and Wayne Rooney have been linked with the vacant job. But The Mirror’s David Maddock is reporting that Pereira is “expected to be confirmed” as Everton’s next manager as he is Farhad Moshiri’s “preferred choice”.

The 53-year-old has previously managed Porto and he has been out of work since he left Fenerbache last year.

The report adds that Pereira and Lampard were “asked to make further presentations” after their initial interviews last week.

Maddock has added via Twitter that Lampard was “ruled out” following his second interview. He also stated that Rooney was not chosen as he is thought to be “too inexperienced”.

Elsewhere, Gabby Agbonlahor thinks Everton caretaker boss Duncan Ferguson will be “worried” by their slide towards the relegation zone after losing 1-0 at home to Aston Villa.

“I think he will be worried. But he will look at his squad of players and they’ve got enough for me to stay up,” Agbonlahor said.

“They need a win as soon as possible, their next game, they need three points.

“Tough games, no game is easy in the Premier League. Watford probably thought on Friday night, ‘Yeah this is a game we will get our clean sheet, we beat Norwich and we go up the table,’ nope, you lose 3-0.

“There’s no guaranteed wins in this league anymore and if I am an Everton fan, I am nervous.

“They need Richarlison to start getting the goals. Calvert-Lewin, they need him up to speed, they need Demarai Gray and Townsend scoring, Doucoure.

“It’s scary down there, say if they lose to Newcastle or lose to Leeds. It’s giving them three points to catch you up, nervous times for Everton fans.”