Home Mediawatch Lampard sacked? But you said he was safe at Chelsea… 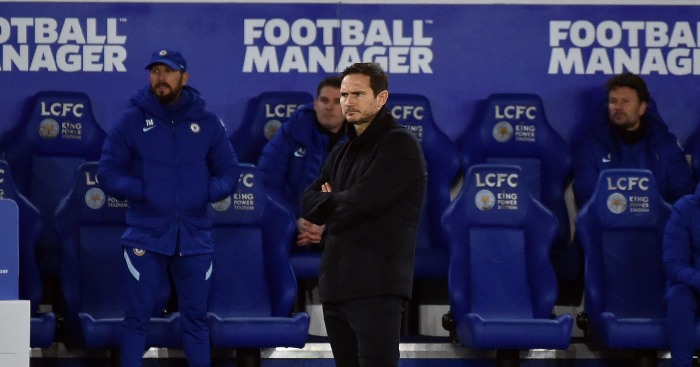 It seems Frank Lampard is being sacked by Chelsea. Some people saw this coming. Others really did not…

Life comes at you fast
‘FRANK LAMPARD faces a crucial fortnight for his future as Chelsea boss. The club legend is safe in the job for now but Tuesday’s abject defeat at Leicester has fuelled growing concerns that the axe is looming’ – The Sun, January 20.

‘FRANK LAMPARD is to be sacked by Chelsea after players were told not to report to training on Monday, according to sensational reports.’ – The Sun, January 25.

Life comes at you really fast
‘It comes back to Lampard. It was a populist appointment but Chelsea have started to draw up alternative names. Lampard has to learn from his humbling by Rodgers. He still has time but Chelsea’s patience has limits’ – The Guardian, January 20.

‘Chelsea are set to sack Frank Lampard with the former Borussia Dortmund and PSG manager Thomas Tuchel to replace the former Chelsea player at Stamford Bridge’ – The Guardian, January 25.

Life comes at you really, really fast
‘While there is an awareness that they will have to act if these results continue, Chelsea would rather replace Lampard when there is a preferred candidate ready to take the job…For now, though, Lampard is safe and will be given the opportunity to turn the team around’ – Independent, January 21.

‘Frank Lampard is set to be sacked as Chelsea manager today’ – Independent, January 25.

Life comes at you so f***ing fast
‘Chelsea could turn to Brendan Rodgers if they sack under-fire boss Frank Lampard. EXCLUSIVE: Chelsea owner Roman Abramovich is desperate for Frank Lampard to succeed – but a run of five defeat in eight game has left him under pressure’ – Sunday Mirror, January 24.

‘Frank Lampard will be sacked by Chelsea following the Blues’ wretched run of form, with Thomas Tuchel set to take over’ – Mirror, January 25.

Honestly, life simply does not get any faster
‘The Blues relieved some of the pressure on their manager with a 3-1 win that booked their place in round five’ – Daily Mail, January 25.

‘Frank Lampard will be sacked by Chelsea on Monday following a dismal slump in form that sees them sit ninth in the Premier League table’ – Daily Mail, later on January 25.

Shutting the stable door
It’s been less than three weeks since The Sun launched their tag-team defence of Chelsea, Roman Abramovich and their personnel decisions. ‘Trigger-happy Chelsea changed after Ancelotti axe with Abramovich no longer keen to sack bosses…thankfully for Lampard’ is the headline on a Martin Lipton column that looked daft then and looks even dafter now.

We were told that this is a club that ‘despite all the efforts to portray it as having a revolving door to the manager’s office, is actually far more stable than most’. Efforts? It takes almost no effort at all to look at Wikipedia and see seven permanent and two interim managers in the last ten years.

Lipton argued at length that the sacking of Carlo Ancelotti ten years ago was a turning point for the club, neatly sidestepping all the sackings that have happened since to argue that this is a new Chelsea and Lampard was safe at that new Chelsea barring disaster.

‘The board expected more, no question. From Lampard, yes. But also from Timo Werner, Kai Havertz and Hakim Ziyech in particular and established stars like N’Golo Kante and Jorginho.

‘An absolute car crash in the next few weeks, a drop into the nether regions of the Prem table, an embarrassing FA Cup exit or thumping by Atletico Madrid could bring things to a head earlier.

‘In all probability, though, as Lampard knows, he will be given the rest of the campaign, to prove his worth. The right to be judged by what he has done.

‘That is the reality of the new Chelsea. Still beyond demanding. But no longer an almost impossible job.’

Does winning three of the following four games now count as ‘an absolute car crash’? Or was it all a load of bollocks to begin with, born from certain newspaper journalists’ desperation to keep the talkative, media-friendly Englishman in the job?

This aged well
‘Chelsea have already been warned off Thomas Tuchel once as the German again attempts to put himself in the frame if the club are forced to make a managerial change’ – Matt Law, Daily Telegraph, January 5.

Chris Wilder, Frank Lampard and Dean Smith all did better jobs than Bielsa last season. But they are English so they are not allowed to be nominated or recognised. https://t.co/7hZMa4mjvM

I’m not your superpower
Giddy. That’s the only word we can use to describe the mood of Mediawatch as we read the opening lines of The Sun‘s Manchester United match report written by one Neil Custis.

We knew it would be good – and announcing that Bruno Fernandes ‘is officially Manchester United royalty’ is an excellent start; is Custis the official arbiter here? – but nothing quite prepared us for this:

‘The Portuguese playmaker has been the catalyst for United’s re-emegence as a superpower in English football.’

It would be churlish to linger on the fact that Custis himself said just six weeks ago that it could be 30 years until they win the title again, so instead we will focus on that key word ‘superpower’. A few questions:

Can you be a superpower if you are in the Europa League?

Can you be a superpower without winning a title for eight years?

Can you be a superpower without winning a trophy for four years?

Can you be a superpower just for being ‘Premier League leaders – and now at home to West Ham in the fifth round of the FA Cup’?

Apparently that is a yes, yes, yes and ‘f*** yes’ from the official Manchester United kingmaker.