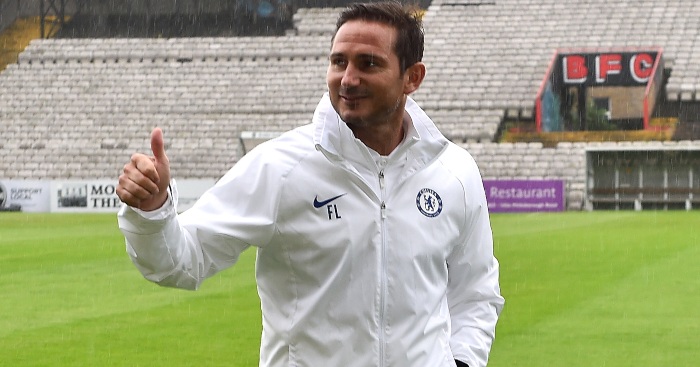 Frank Lampard picked out Christian Pulisic for special praise after Chelsea’s 5-3 victory over Salzburg on Wednesday.

The USA international was signed by Chelsea in January before they loaned him back to Borussia Dortmund for the rest of the season.

Pulisic scored twice and won a penalty in a rampant first-half display and Lampard was extremely impressed with what he saw from the 20-year-old.

“I was very impressed with the way that he took the goals,” Lampard said of Pulisic after the match.

“As a winger in the Premier League, he has to adapt to that league.

“He is young but with huge potential and I am happy for him.”