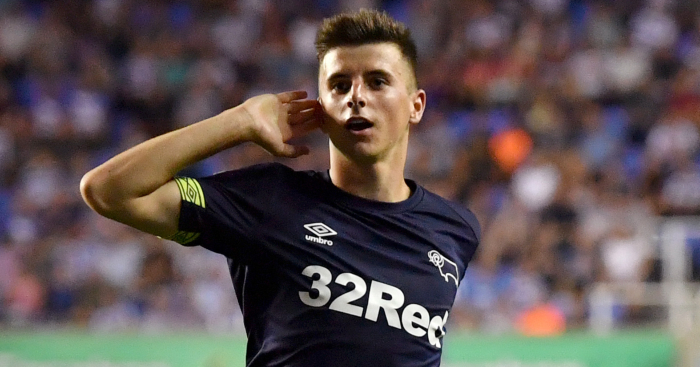 Frank Lampard believes life in the Championship has made Mason Mount a better player after his first hat-trick in England earned Derby a 4-0 victory that pushed Bolton to the brink of relegation.

The on-loan Chelsea midfielder, who spent last season at Vitesse Arnhem, took his tally for the season to 10 with another eye-catching display.

Lampard said: “He did well in Holland last year, but it’s not the competitive nature of the Championship I believe.

“I think he has developed here this season and there will be some testers for him. The game at Blackburn in midweek was physical, it was a test and it won’t always be easy to show the attributes he did today.

“He has to take the rough with the smooth, but I believe he has improved and I also believe there is a lot more to come from him.

“When we had a little break in play I said to him he needs to start turning and facing people up, because people will struggle to deal with his quality, his quick feet, his awareness to play the ball around corners and that’s exactly what he did.

“Mason missed two months of the season and that shows he’s a boy that’s going to score goals and that’s important for us. We haven’t got the centre-forward that’s scoring 25 goals, so we have to contribute from other areas.”