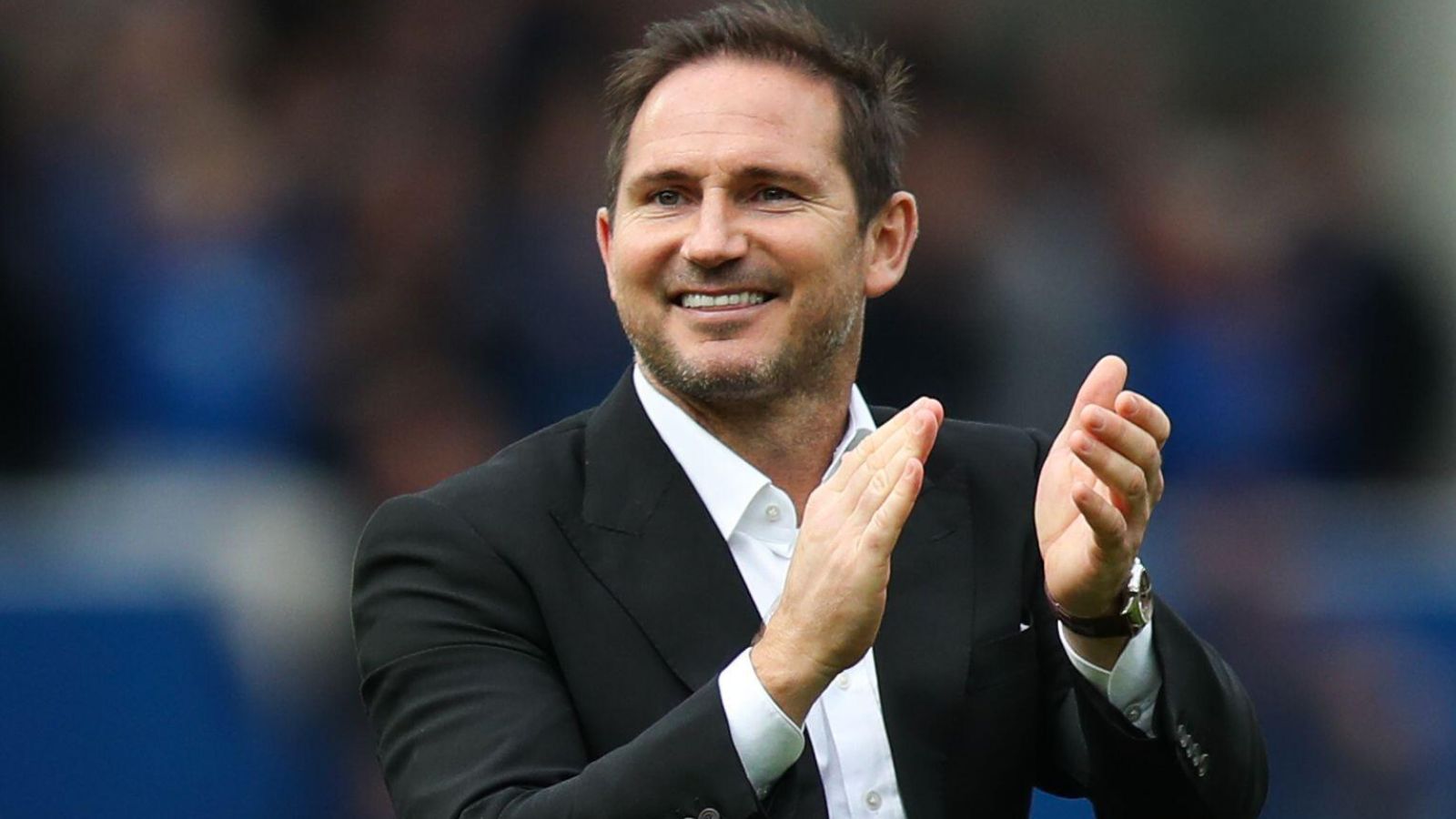 Everton manager Frank Lampard has told his players they cannot afford to let their standards drop having now recorded their first win of the season.

The 1-0 victory over West Ham immediately before the international break followed four successive draws and lifted the Toffees away from the bottom three.

Having only avoided relegation in their penultimate match last season, Lampard is keen to avoid being dragged into another battle.

Who the f*** replaces Southgate? Assessing the odd favourites to be next England manager

Speaking to the official Everton website, Lampard said: “The West Ham victory has taken us into this international break with an understanding of what we have been doing well so far season. We are harder to beat and harder to score against – that’s a huge thing in football.

“Can we be better on the ball? For sure, but from the West Ham game, we were able to produce passages of play, like for the goal, which showed we are playing through lines better.

“We have got to understand as well that we have got new players in and that means it takes time to get fluidity to our game. Onana has hardly played as a number eight, Alex Iwobi has been playing in various roles, as we know, and Gana has been playing in a different league for a few years so there are parts of our game that will get better.

“At the moment, though, we’re at the start of our process moving forward and the West Ham win gave us three important points, especially after we deserved more from our previous matches.

“It’s been welcoming to see the defensive steel across the team, which has given us the second best defensive record in the Premier League. That’s down to the players: the one who were here last season and the ones who came in during the summer.

“Everyone will look to Conor [Coady] and Tarky [James Tarkowski] but the players drive each other on in training. As a team, everyone is involved so it’s testament to the hard work across the squad.

“The reality is we’ve now set a standard which means whoever comes into the team has to deliver defensively and make us hard to beat. If you’re hard to beat in this league, you give yourself a chance and we’ve shown that so far this season. That’s something we just cannot lose.

“James and Conor are top players. Conor’s currently away with the England squad, Tarky has been an England international. We brought them in with an understanding of the level of player but when you meet them the understanding of who they are in the dressing room and at the training ground is huge.

“You see Alex talking about how they are like father figures in the group – they are, and they set the tone. It’s great for us and there are other players like Seamus and Keano and the boys who are injured. We are setting standards now that we have to maintain.”