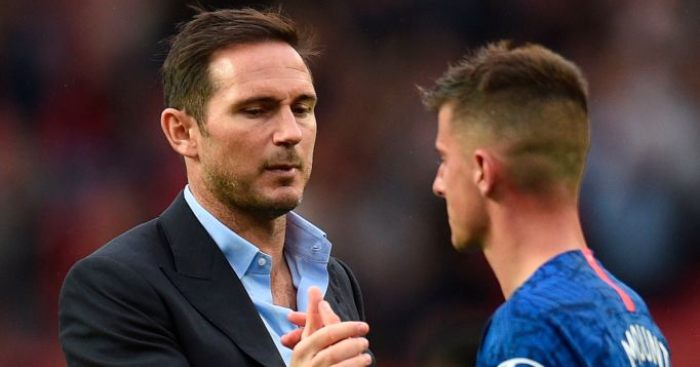 A Blues line-up featuring several players light on top-flight experience started brightly at Old Trafford, where both Tammy Abraham and Emerson hit the woodwork, but they trailed at the interval to Marcus Rashford’s penalty.

Anthony Martial doubled United’s advantage after the hour mark before further strikes from Rashford and substitute Daniel James gave the hosts victory by a margin that somewhat flattered them.

Chelsea had the lion’s share of possession and more shots at goal but were ultimately left reeling from their heaviest loss to United at Old Trafford since 1965.

Lampard reacted to the comments in his post-match press conference, he responded: “He didn’t like the performance of Mason Mount? Is that what he said? Did he? Wow.

“Well, I can’t drag players out of the medical room to play if they are experienced or not, so these are the players that played in a game that we were clearly the better team for 45-60 minutes.

“What was evident that we made individual errors that led to four goals out of their five shots. So there’s the harsh reality for us.

“I don’t have to be too concerned about what anyone else says, pundit-wise or anyone, they have to speak.

“At the same time, what’s clear is the squad is what we’ve got and I believe in it.

“If we go in at half-time two or three-one up, as we probably should have done if we were more clinical and maybe had a stroke of luck here and there, the game would’ve been completely different.”