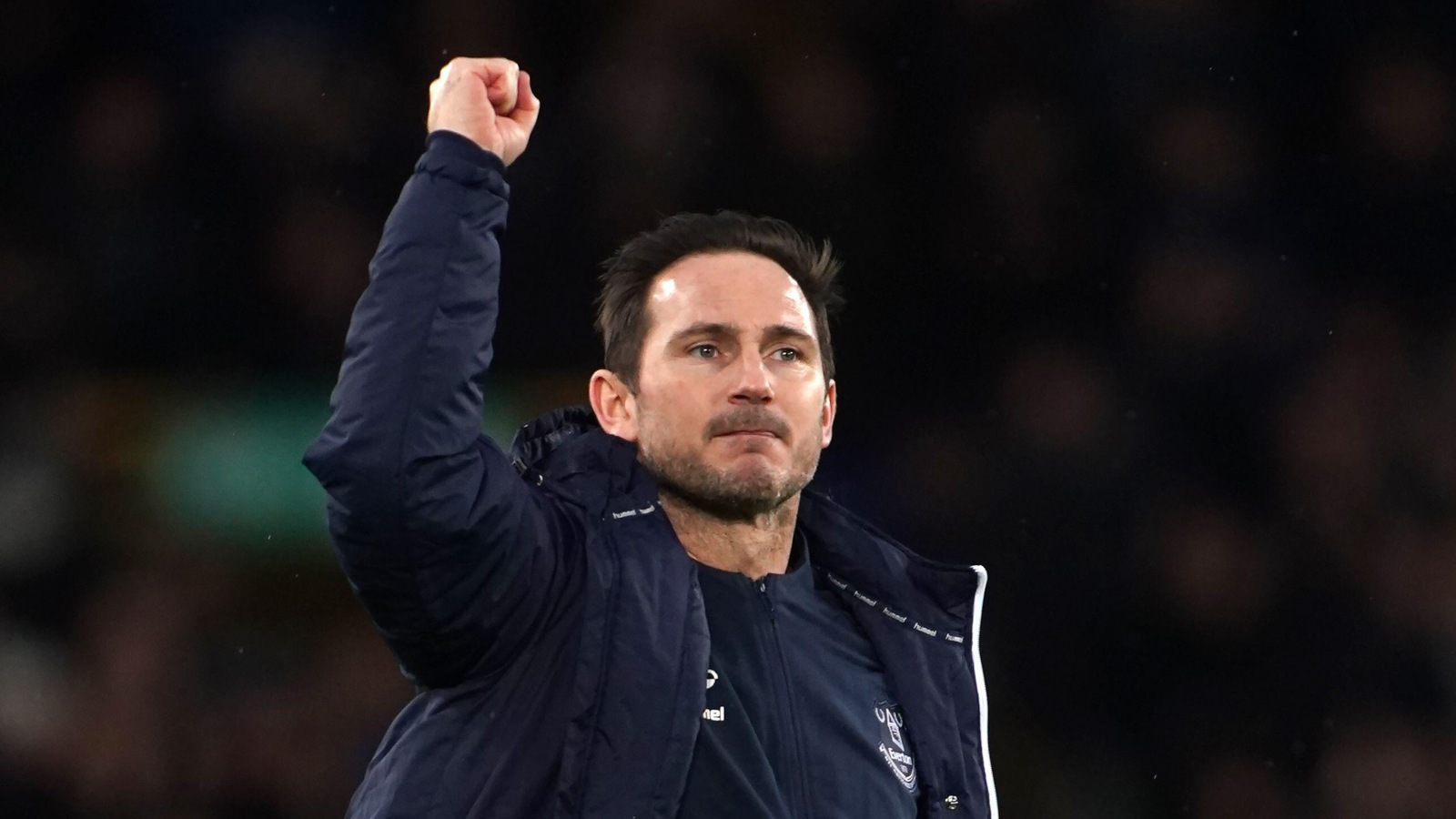 Everton manager Frank Lampard has immediately turned his attentions to improving the Everton squad following the confirmation of their Premier League status.

The Toffees escaped losing their top-flight status for the first time in 71 years with a dramatic 3-2 win over Crystal Palace on Thursday which secured their future after a season of struggles.

But despite the wild scenes at the final whistle, Lampard is well aware the reason they were in such a mess was down to poor performances, and he is keen to address that through recruitment and retention.

“It has obviously been second on the list of priorities because we had to get this (avoiding relegation) done,” he said.

“I didn’t have a pre-season and now I and my staff do. Can we make the squad stronger and more balanced? I believe we can, and there will be things we will look at and it is important that we look at them quickly.

“We have Kevin Thelwell (the new director of football) now, we have the board who are interested in getting the best out of the club.

“We don’t want to be here next season, but we understand if we don’t make positive moves it could be possible, so we will be ready to move on that quickly.”

Of those Everton may want to try to keep Begovic and Delph, for whom deals would be relatively inexpensive to do, but the squad needs an injection of fresh blood.

Dele Alli’s appearance for the second half against Palace saw him produce arguably his best display in four disappointing months since joining from Tottenham, and Lampard will hope he can nurture the England international back to top form.

The Everton manager will also be hoping extending their Premier League stay will persuade some of his better players they can still enjoy a future at the club.

Match-winner Dominic Calvert-Lewin may have had an injury-plagued season but he has been linked with a summer move, with Arsenal among the clubs as a suggested destination, while England number one Jordan Pickford and Richarlison, who sprang to life with six goals in nine games as the crisis reached its peak, are the only other players who could be tempted away.

Lampard plans talks with all of them to map out his vision.

“Those conversations have been on hold because everyone knew our situation,” he said.

“I’m not silly. Players want to play in the Premier League, all of those players want to, so now those conversations can start.

“You saw the quality levels of Jordan throughout the season but in the last six weeks particularly of Dominic (against Palace) and of Richarlison.

“We want to be successful, we want to continue in that way.”

What the manager does not yet know is what the implications of profit and sustainability rules will be, as the club has made a combined loss of more than £370million over the last three years and he could be forced to raise money before he can spend.

“I haven’t felt that to be honest, but if that is the case, we will sit down and try and work the best way through it,” he said.

“I know it is a big story, I know FFP (Financial Fair Play), I genuinely don’t know the details.

“If I had my way, let me keep players who perform really well for the club and let us keep as far up the table as we can.

“My biggest thing here is that I want a happy determined camp that moves in the same direction and that is something we have to look at in every sense.”