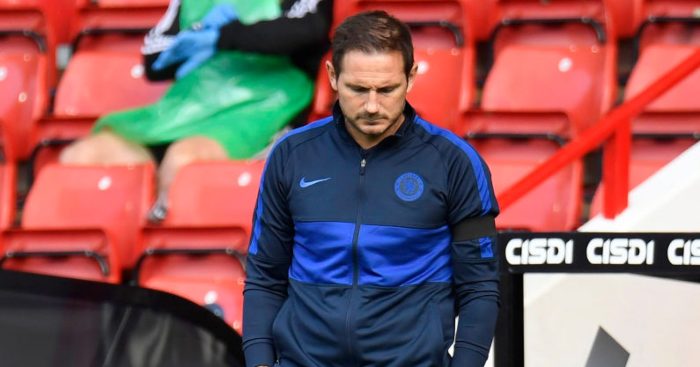 Frank Lampard claims his Chelsea players are too quiet on the pitch and they must show more character in their remaining Premier League games if they are to secure Champions League qualification.

With fifth place no longer enough to qualify for the Champions League following Manchester City’s appeal against their European ban, Chelsea face a real battle with Leicester, Manchester United and Wolves for the remaining two spots.

“It’s something I picked up before, something I talk about with the players and one of the easiest things to do on the pitch – to help your teammates by being vocal,” Lampard said. “We don’t have enough of it, for sure. We have to get better and it’s something I drill into the players, particularly now where you can hear it because the stadiums feel different.

“You can be as quiet as you want off the pitch – we have some quiet players who keep themselves to themselves – but they must come out of that on the pitch. They must demand the ball, otherwise the game can pass you by.

“They must have character to talk to people around them and where we are young we have to improve. Maybe as the players grow into themselves a little bit, I keep telling them, the staff keep telling them, hopefully that message will hit home. But sometimes it’s not that easy when players are generally quiet.”