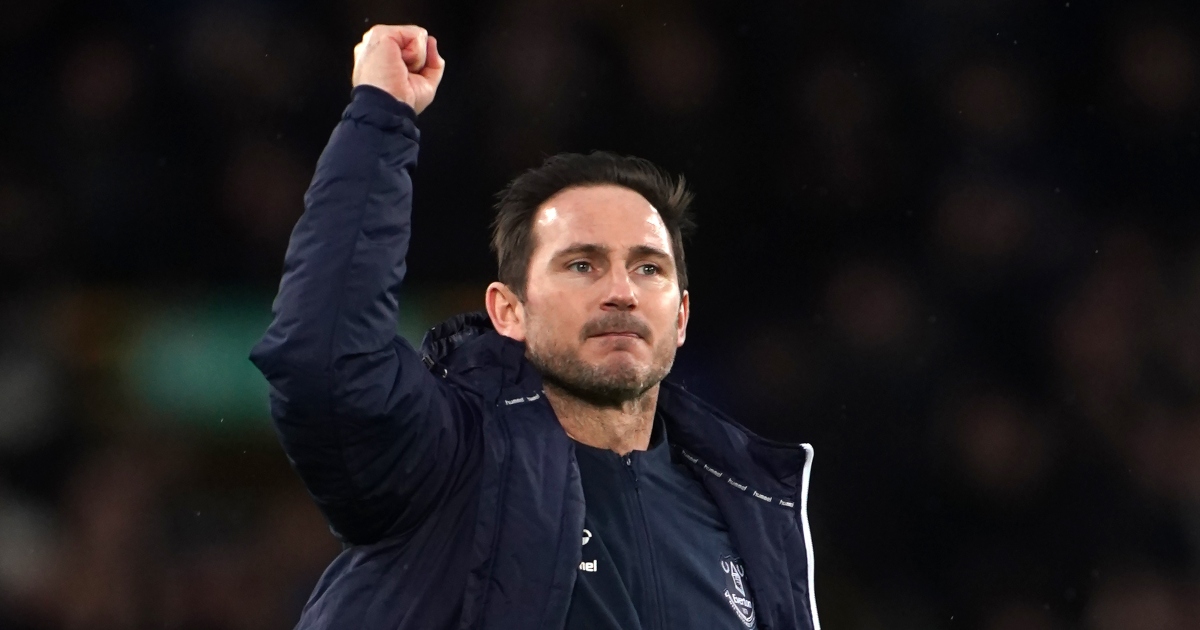 Frank Lampard has urged Everton to continue to play like an ‘Everton team’ after securing his first win as manager with a 4-1 victory over Brentford.

Goals from Yerry Mina and Richarlison gave Everton a two-goal lead before Ivan Toney pulled one back from the penalty spot.

Brentford looked like they could grab an equaliser and spoil the party but goals from Mason Holgate and Andros Townsend gave Lampard a convincing first win.

“I can only thank the fans for their support. They supported me at the start and at the end after the team’s performance. On a personal level, I have huge thanks to the fans, who have been so welcoming from my first day.

“Today was something very special and something I’ll never forget. We all here about the Goodison effect and we wanted to bring that out today – the way the players played did that.

“It got me excited. Now we need to calm down and look ahead to some important league games. We have a lot of work to do, but I saw some really promising signs.”

“We’re an Everton team, so we must be aggressive, sprint, tackle when the ball is there to be won. That was there today and it must continue.”

Marching down the Goodison Road… 🎶 pic.twitter.com/f80YhDygjO

Lampard was without forward Dominic Calvert-Lewin due to injury and the new Everton boss gave an update on the player.

“I’m hopeful [he will be available for the Newcastle game]. He was training outside on his own yesterday but it’s another thing whether he is match ready in three days’ time. We will have to see where he’s at.”

“What a start for Frank Lampard. The crowd were buzzing, the stadium was rocking. It ticked the boxes for Everton.

“A good performance from Everton, and like you’d expect at Everton. I’ve played there a lot of times, and it’s a hard place to play when they get it right.

“It’s a massive lift for Everton. I’ve never seen Richarlison make so many runs in behind, and no defender wants to keep running back to goal. It opened the game up, allowing Gray and Gomes to get on the ball. Back to their best.

“The fans at Everton only ask for one thing: to work as hard as they would work if they were playing for Everton, and they got that today.

“If you’ve got the fans rocking like they were today, it helps the players.

“In his wildest dreams when Lampard went to bed on Friday night, he could have hoped for that.”