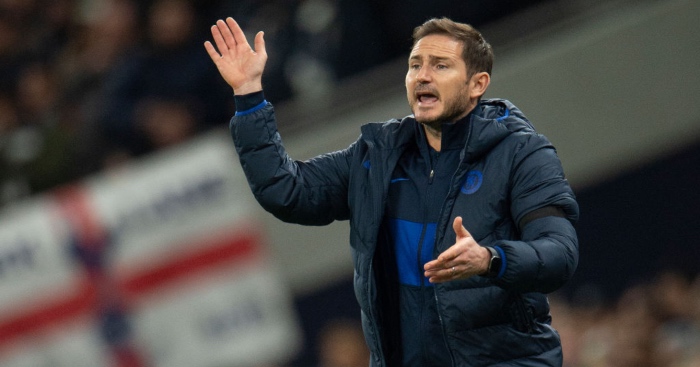 Chelsea boss Frank Lampard is reportedly keen to sign West Ham star Declan Rice, but to play in the heart of his defence.

Rice has earned a reputation as one of the brightest young talents in the Premier League, following his performances as a holding midfielder for the Hammers.

However, the 21-year-old England interntaional, who has also been linked with Manchester United, started out as a centre-back and that is where Lampard is said to see his future.

Rice spent eight years in the Chelsea academy before leaving for the Hammers in 2014, and transfer expert Ian McGarry (expert? Really?) claims that Lampard sees Rice as the “vocal presence” at the back that his team have been lacking.

Chelsea currently sit third in the Premier League table ahead of the resumption next week, but the Blues have conceded 39 goals in their 29 matches, more than the likes of Wolves, Sheffield United, Arsenal and Crystal Palace.

Rice could be the perfect centre-back partner for Antonio Rudiger, who Mario Melchiot claims Lampard should be building his team around.

And McGarry said on the Transfer Window Podcast, as cited in the Daily Express: “Another young player who’s making waves and is attracting attention is Declan Rice, the West Ham player, who started his time as an academy player at Chelsea and indeed is very much fancied by Chelsea with regards to a return.

“Our information at the Transfer Window podcast is that Frank Lampard’s feeling about the player is that he could become potentially a commanding presence in Chelsea’s defence, which of course would be taking him out of the defensive midfield role he currently fills for West Ham United, but he did start as a centre-half and has both the physique and ability to play there.

“But of course, if you’ve got a player who can play in two positions then why not?

“He’s currently under contract until 2024 at the London Stadium but he’s only 21, has seven caps already for England, again he fills all of those kind of box-ticking factors that we talk about with regards to young, English, talented, good with the ball at his feet, reads the game well etc.

“We’ve talked a lot about Lampard’s desire to have a vocal presence in his defence which he feels is lacking.

“Obviously he played for his entire time at Chelsea with John Terry who was very much that ‘Captain, Leader, Legend’ phrase.”