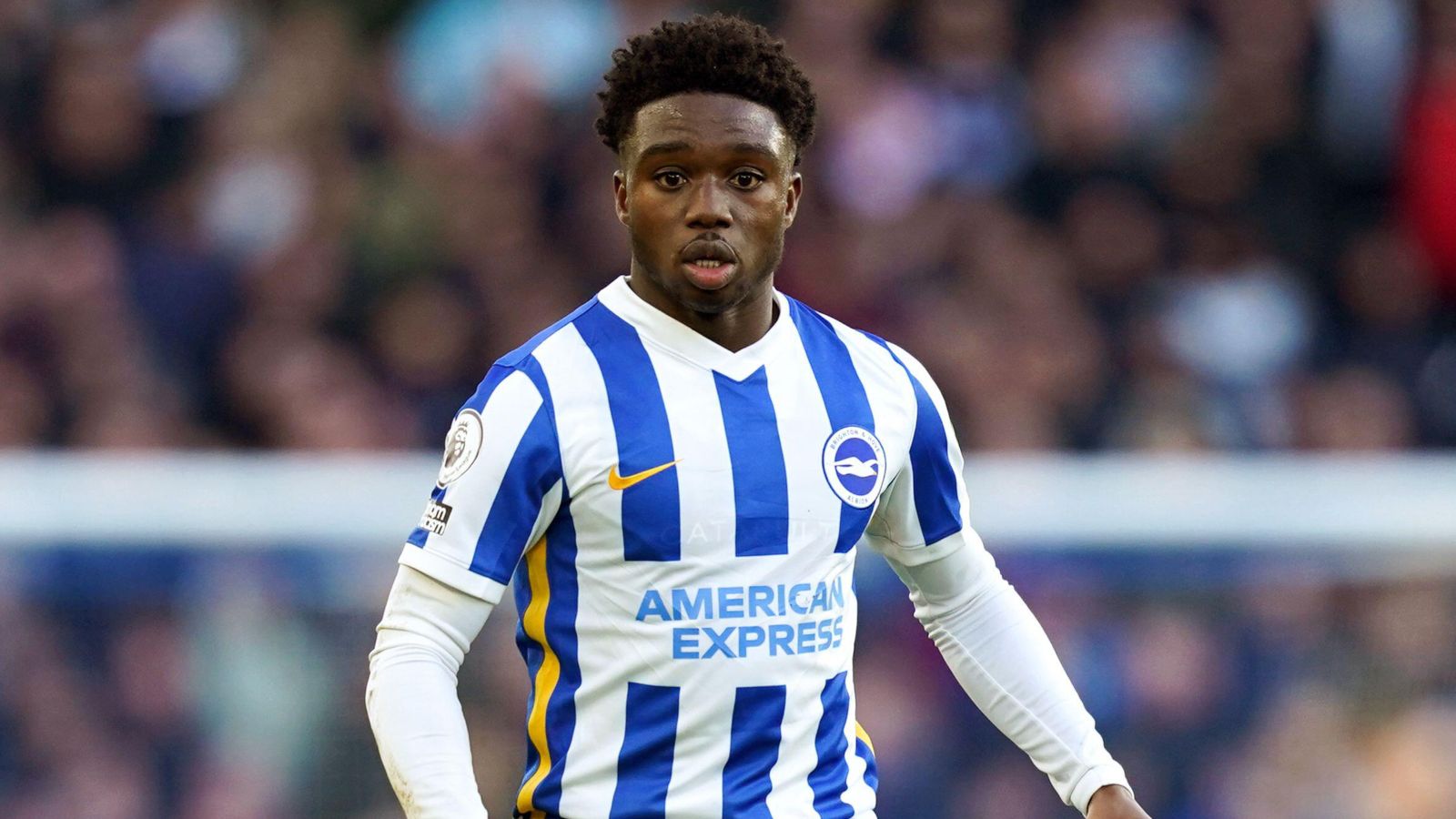 Tariq Lamptey asked to be left out of Lee Carsley’s England Under-21s squad as he considers an approach from Ghana.

The Brighton right-back is mulling over his international future but Carsley has not given up hope he will stay with the Three Lions.

Lamptey qualifies for Ghana through his parents and has been given time to make his decision.

“He’s had an approach. It’s something he’s considering at the minute,” said Carsley.

“He’s asked to be left out of the squad for a bit of head space. He’s not switched, it’s not cemented or anything like that but he’s had an approach (from Ghana), we have to respect that.

“We’ve made it clear how important we see him to us. I know the seniors have as well.

“It’s not something that we’ve given up on. Tariq is fully aware of how important we see him.

“You have to treat each player as an individual. In my time while I’ve been head coach of the 21s, I don’t think we’ve had him available yet.

“I had him a couple of times when I was assisting before. I’ve seen what a talent he is. He’s got a lot of ability.

“We think really highly of him but ultimately it’s got to be down to that personal preference of not only where he sees it but where his family sees it as well.”

Lamptey has two Under-21 caps having also played for the Under-18s, Under-19s and Under-20s but Carsley understands he cannot force him to stay.

“You have to respect that as well,” he said. “We can only let them know when they’re on camp and off camp how important they are to us. We can never make any guarantees.

“I think it’s unfair in football to do that but I’ve had some really good conversations over the last few days with Tariq. He’s a very level-headed, sensible kid. It’s not like you can see him going one way one day and the next changing like the wind.

“To be fair, I have rang him every day! I probably shouldn’t have, I probably pushed him!

“You can only make it clear so many times. He knows where we stand with him. I think we have to respect now that he’s got a decision to make. Not only with himself, but with his family.”

Emile Smith Rowe is in the squad for the Young Lions’ final Euro 2023 qualifiers.

The Arsenal midfielder has dropped back down from the seniors having last played for the Young Lions in October.

Carsley said: “We don’t want them to see it as a demotion.

“Emile will be an important part for us. He wasn’t going to be involved with the senior team and Gareth (Southgate) knows how important this period is for us, he has done really well for us in the past. It’s good we have a player of that standard available to us.”

Aston Villa striker Cameron Archer, who scored seven goals in 20 appearances on loan at Preston this season,has been handed his first call up.

Manchester City goalkeeper James Trafford, who has been on loan at Bolton, is also in for the first time.

The Young Lions are second in Group G, three points behind the Czech Republic with two games in hand.

Carsley’s side go to Ceske Budejovice on June 3 for the crunch game before hosting Albania, travelling to Kosovo and ending with a home game at Huddersfield against Slovenia on June 13.

England Under-21 squad in full: