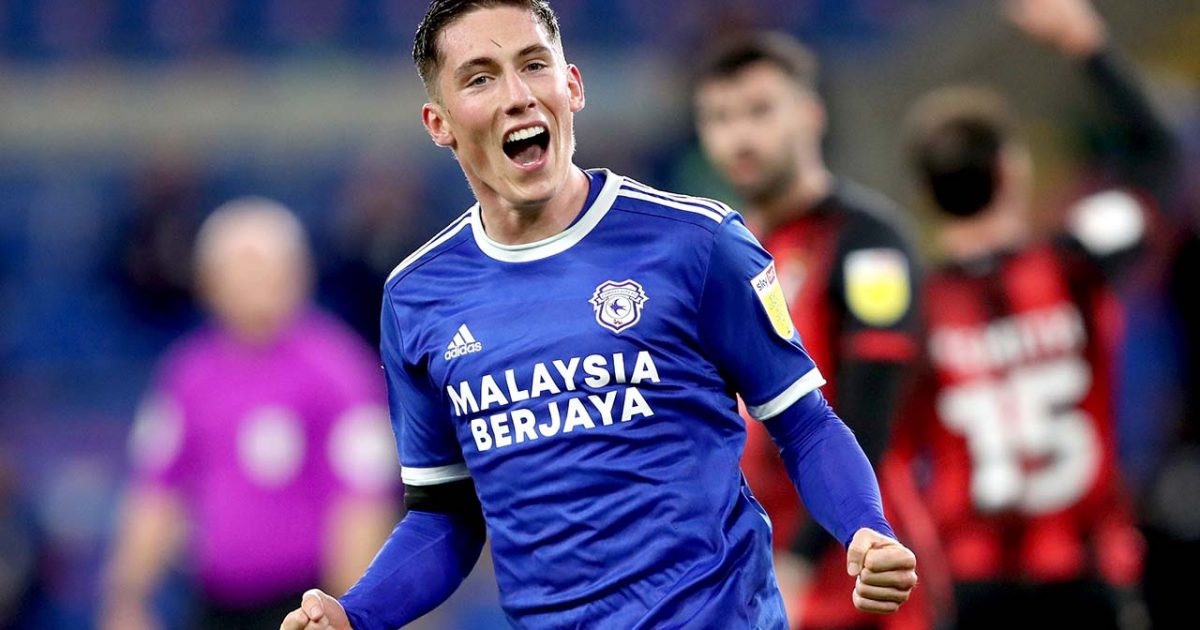 The transfer window is now in full swing and Championship clubs haven’t been wasting any time with getting deals done, we’ve compiled a list of the latest done deals and transfer rumours.

Done deals
Here are the Championship transfers which have gone through in the last five days:

Rob Atkinson (Bristol City)
The Oxford United centre-half has completed a three-year deal for an undisclosed fee thought to be around £1.6million.

The 22-year-old was named in the EFL League One team of the season and will look to tighten up a leaky defence which saw Bristol City concede 68 goals last season.

Emiliano Marcondes (Bournemouth)
To some people’s surprise, Marcondes was let go by Brentford this summer and after interest from the likes of Barnsley and Nottingham Forest, he has now ended up at Bournemouth.

Provided he can stay injury-free, this looks like a good deal for the Cherries on a free transfer. He had better be worth those exorbitant season ticket prices.

Martyn Waghorn (Coventry)
Derby spent £5million on Martyn Waghorn in 2018 and he departs on a free transfer to Coventry just three years later.

Despite his heroics on the final day, Waghorn had a fairly inconsistent season with Derby which saw him score just five goals. Does he have another double-figure season in his 31-year-old legs?

Benik Afobe (Millwall, loan)
Millwall were in need of a goalscorer after none of their strikers managed to hit double figures in the league last season.

Since joining Stoke for an eye-watering £12million, Afobe has had loan moves to Bristol City and Trabzonspor; this loan deal will take him to the end of his contract at Stoke.

Daniel Ballard (Millwall, loan)
The 21-year-old Arsenal centre-half joins Millwall on loan for the season after impressing for Blackpool in League One last season.

Ballard comes in to bolster what is already a strong Millwall defence which saw them keep 17 clean sheets last season.

George Saville (Millwall)
Saville joined Middlesbrough from Millwall in 2018 for a reported fee of £8million and he makes the switch back to the Den just a few years later for an undisclosed fee.

In his three years at Middlesbrough he made 118 appearances, scoring 12 goals in the process.

Uche Ikpeazu (Middlesbrough)
Ikpeazu may not have been prolific last season for Wycombe as he scored just six goals but he was a real handful for Championship defences with his strength and hold-up play.

If Middlesbrough put the right players around him then this one looks like a tidy bit of business.

Lee Peltier (Middlesbrough)
Middlesbrough have also signed the experienced Peltier on a free after his contract at West Brom had expired this summer.

The 34-year-old has previously worked with Neil Warnock at Leeds and Cardiff and has played over 250 Championship matches throughout his career.

Andy King (Bristol City)
The former Leicester City man has linked up with ex-manager Nigel Pearson at Ashton Gate as he joins on a free.

King had been training with Bristol City already and was subsequently offered a one-year deal.

Josh Knight (Peterborough)
Posh were in need of some defensive reinforcements and Josh Knight from Leicester looks to be a really good deal.

He did well out on loan at Wycombe last season and is quite versatile as he can play as a centre-half or further up the pitch in midfield.

Jack Marriott (Peterborough)
After an injury-hit three years at Derby, Marriott is back at Peterborough and joins on a free transfer.

Marriott had the best goalscoring season of his career at Peterborough which saw him score 33 goals and he’ll be hoping to rekindle that form for them once again.

Alex Mowatt (West Brom)
This might go down as one of the best bargain buys of the summer as Mowatt joins from Barnsley on a free transfer.

West Brom were in need of reshaping their midfield and Mowatt has already proven himself to be a top Championship player.

“His pressing is intense, it’s really good. I think the fans will like it, because you get after the ball and play high up the pitch.”@alex_mowatt on ambition, creativity and @valerien_ismael 💬

Matthew Olosunde (Preston)
After Darnell Fisher’s departure from Deepdale in January, Preston were in need of another option at right-back and they have done that with Olosunde.

The 23-year-old looks like a good fit at Preston and already has experience of playing as a wing-back, which is where he is most likely going to be playing for North End.

Joël Piroe (Swansea)
Following Andre Ayew’s departure, Swansea were in need of some more firepower and they have added that in the form of Joël Piroe, who joins from PSV.

The 21-year-old striker joins on a three-year deal for a fee reported to be around £1million with the potential to rise up to £2million.

Mario Vrančić (Stoke)
After the recent departure of John Obi Mikel, this deal makes a lot of sense.

He scored three goals and registered five assists in Norwich’s promotion winning season back to the Premier League.

Mario Vrancic is heading to Stoke City. If you put him on set pieces with legs around him you’re going to love him as he’s a magnificent player on the ball #scfc fans #ncfc pic.twitter.com/ZLTNkHqRtI

Josh Windass (QPR)
There have already been several Championship clubs chasing the Sheffield Wednesday forward with Millwall already having had two bids turned down for him.

QPR are the latest team to be mentioned in the conversation for Windass, who scored nine league goals for Wednesday last season.

Joe Worrall (Brentford)
Burnley have had a long-standing interest in the Forest defender but it’s Brentford who are the latest club to be linked with Worrall.

Over the last two seasons he has become a key player at Forest and the club won’t be willing to sell him unless the price is right.

Harry Wilson (Swansea, loan)
This one would certainly get people talking, with the Liverpool winger spending last season out on loan at rivals Cardiff City.

He is a very capable player at this level, as shown by his 18 goal involvements last season for Cardiff.

Swans being linked with Harry Wilson this morning. If it’s affordable which would only be on a loan deal, it’s a good pick up for us. He managed seven goals and eleven assists last season on loan at Cardiff. Can’t see it happening mind with Premier League clubs interested too.

Phillip Billing (Norwich)
Billing really came into his own in the second half of the season for Bournemouth as soon as Jonathan Woodgate pushed him into a more advanced position.

A fee of around £10million could be enough to tempt Bournemouth to sell.

Jordan Lawrence-Gabriel (Blackpool)
The Nottingham Forest full-back spent last season out on loan at Bloomfield Road and Blackpool are said to be keen on taking him back.

They face competition from Huddersfield, although the player still might have the chance to fight for his place at Forest next season.

Sam Johnstone (Arsenal)
Johnstone made more saves than any other Premier League goalkeeper last season with 166 and a move back to the Premier League could be on the cards.

Arsenal are said to be one of the clubs interested in the West Brom goalkeeper, who is currently away with the England squad.

Teden Mengi (Derby, loan)
Mengi spent the second half of last season on loan at Derby and the Manchester United defender could be set to link up with Wayne Rooney once again.

Derby currently only have 13 contracted senior players heading into next season so the sooner they get some deals done the better.