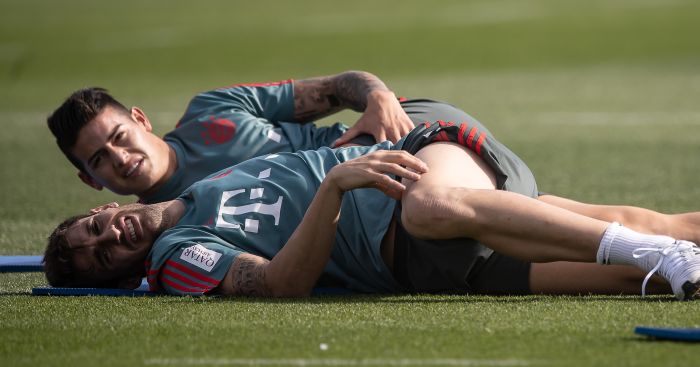 Lauren thinks Arsenal need to pay attention to “the warning signs” if they are to consider signing James Rodriguez.

The Colombian has been heavily linked with a loan move to the Emirates Stadium after struggling to nail down a place in Bayern Munich’s starting XI.

Rodriguez, who is on loan from Real Madrid in Germany, has only started 12 times in all competitions this term – but he does have three goals in just five Bundesliga starts.

However, Lauren is not convinced that he would be the right fit for Unai Emery and the Arsenal squad.

“I’m not sure that Arsenal should be seriously considering James Rodriguez, even on loan,” Lauren told bwin.

“Rodriguez has got a lot of talent, but the warning signs are there that he hasn’t been able to settle at either Real Madrid or Bayern Munich.

“He comes with a massive wage bill so Arsenal would have to make sure he was fully on board with the philosophy of the club.

“Rodriguez has played in the big games for the big clubs so there’s no doubting his talent.

“If Emery can get the best out of him then he could make a real impact on whether Arsenal qualify for next season’s Champions League.