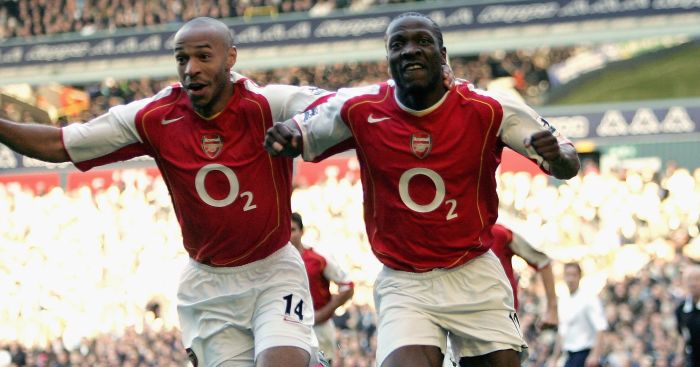 The Gunners have made a decent start to the season and find themselves in fifth position, only one point off fourth and eight points adrift of leaders Manchester City.

They are currently on an 18-match unbeaten run in all competitions but Lauren, who was part of Arsenal’s 2003-04 ‘invincibles’ squad, thinks they need more firepower up front.

The former Cameroon international right-back thinks Manchester United striker Anthony Martial would be the perfect option with rumours that the Frenchman could leave.

“If Martial doesn’t renew his contract at Man Utd, Arsenal would be crazy not to try and snap him up,” Lauren told Sporting Bet.

“He’s a fantastic player and is starting to show what he can really do when given a good run of games.

“Martial won’t go anywhere without being guaranteed first team football, which I think he would get at Arsenal.”

Lauren also urged Emery to sign unsettled Barcelona forward Ousmane Dembele, who has been linked with a move away from the Camp Nou.

“Everything about his style of play matches what Arsenal are looking for, “Lauren added.

“He isn’t getting the playing time at Barcelona, or playing in his strongest position, but Arsenal’s high intensity will allow him to reach his potential.

“Dembele can play on either side of the pitch, which is a bonus and he’s showed that he can do it against the big teams, coming off the bench to rescue points for Barcelona.

“I would love to see him at Arsenal.”