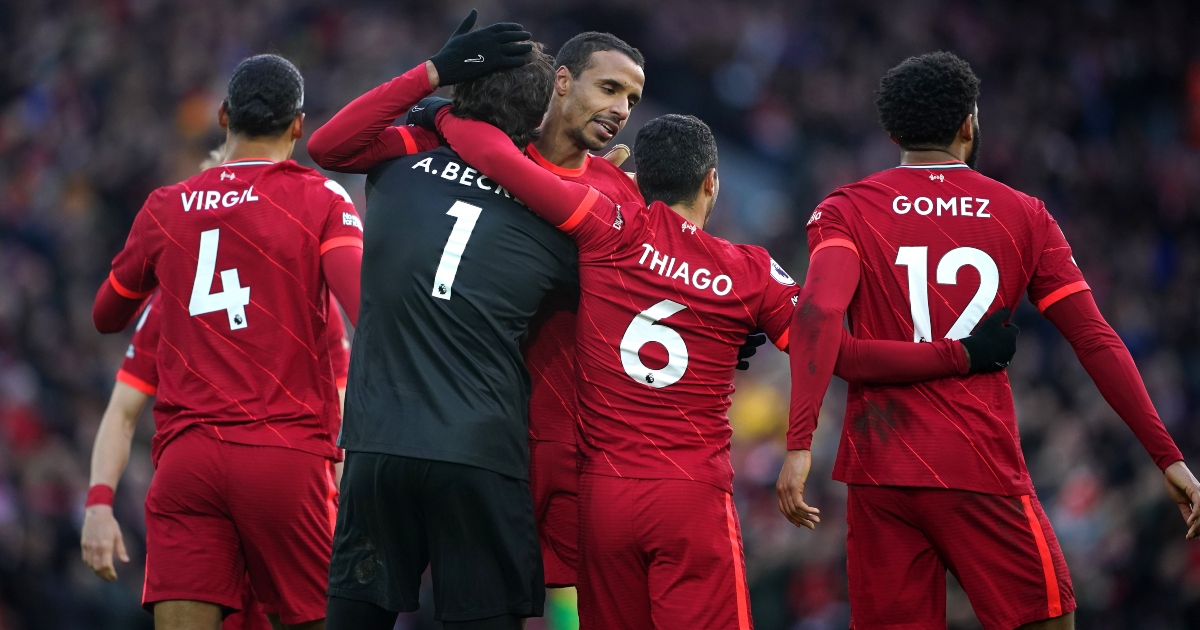 Liverpool legend Mark Lawrenson believes the Reds are in an “easier” position in the title race than Man City.

Jurgen Klopp’s side are six points behind league leaders City, with a game in hand.

It was an excellent weekend for the Merseyside club after they beat Norwich and Man City lost 3-2 at home to Tottenham.

The loss against Spurs was the Citizens’ first Premier League defeat since October.

And Lawrenson was asked if last weekend’s results mean his former club now hold a slight advantage over their rivals.

“Yes, we have to beat City away, that is what we all are thinking,” he told Off The Ball (via Liverpool Echo).

“It is when you are actually leading that it is a difficult thing because you just need one or two to start thinking, ‘oh they might catch us’, those kinds of things and then performances dip.

“And basically, we just expect Liverpool and City to win every game, do we not?”

Meanwhile, Gary Neville is insistent that “we do have a title race” between Liverpool and Man City following the weekend results in the Premier League.

“Liverpool are a great side. Without Sadio Mane and Mohamed Salah, for the last month, which makes it incredibly difficult for them to chase down Manchester City,” he said on The Gary Neville Podcast.

“But if you said to me two or three weeks ago, ‘Mane and Salah go to the Africa Cup of Nations, get to the final and Liverpool end up closing the gap on Man City’.

“Then, I would have said ‘no that’s not going to happen’ because Manchester City have looked absolutely incredible’. But we do have a title race.”