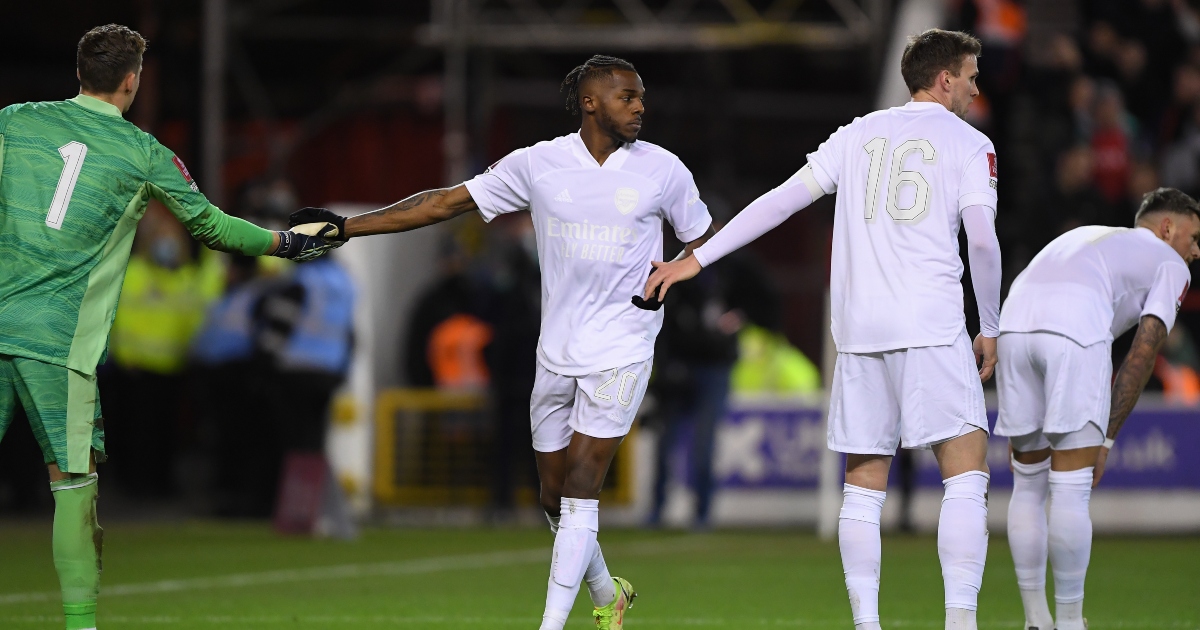 Lazio are interested in signing Arsenal left-back Nuno Tavares, according to reports in Italy.

The 21-year-old signed for the Gunners last summer, joining for around £8million from Benfica.

He has played 18 times this season, starting ten matches in all competitions, with six of his starts coming in the Premier League.

Tavares’ most recent appearance came in the FA Cup defeat to Nottingham Forest on Sunday. He was substituted 35 minutes in after starting the game very poorly.

The Portugal Under-21 defender threw his gloves to the ground in frustration as he sulked his way off the pitch.

On his decision to take Tavares off in the first half, Arsenal manager Mikel Arteta said: “I just did it to try to improve the performance of the team.”

When put to him that he must have known it would become a story in itself, the Spaniard replied: “I understand that but I have to make the decision to try to improve the performance of the team when it’s not going in any other direction.

“I don’t want to talk about any individuals.”

The situation appears to have been put to bed after Arteta said he was impressed with the youngster’s reaction.

Arteta on how Tavares has reacted:
Upset, and ‘the coach is wrong’ and ‘this is not fair’ – this is normally the reaction. With Nuno I didn’t get that reaction at all. For me it’s just a moment and we move on and focus on all the good things he’s done since he’s been here.

However, Italian outlet Gazzetta Dello Sport (via the Express) claim that Lazio are ‘considering’ a bid for Tavares this month.

The Serie A club are keen on bringing the defender in on loan with an option to buy after holding an interest in him last summer.

A move for Tavares would only be possible if Lazio offload Manuel Lazzari, the report adds.

Meanwhile, the Gunners have made an offer to sign Juventus midfielder Arthur on loan until the end of the season, according to reports.

Due to his lack of consistent minutes and hefty wages, Juve are reportedly keen to offload the Brazilian in the January transfer window.

And Arsenal, who are short of midfield options, are keen on signing the playmaker this month, according to multiple sources.

90min claim: ‘While there is a lot of background work required to complete any deal that would see the Brazilian midfielder join Arsenal this January, the move is said to be possible.’