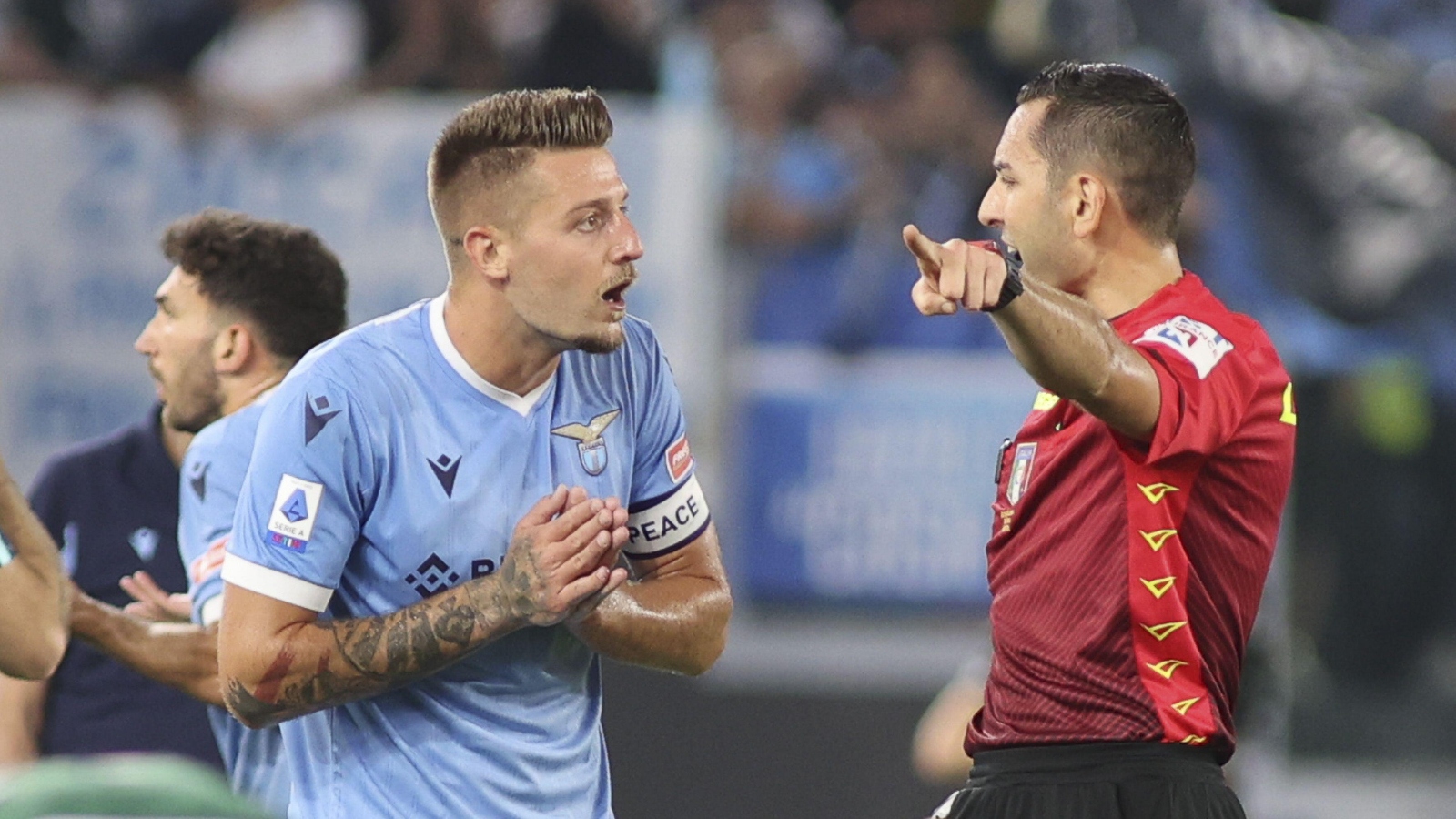 Lazio president Claudio Lotito has told Manchester United, Arsenal and Paris Saint-Germain that he “will not sell” Sergej Milinkovic-Savic.

The Serbian midfielder is one of those players who are linked with a move to the Premier League every single time the transfer window opens.

It does feel inevitable that he will never come to England, however.

Milinkovic-Savic is a top player, so it is no surprise to see him linked with a host of top clubs across Europe.

His Lazio contract is set to expire in less than two years with his long-term future in the Italian capital uncertain.

The 27-year-old has played in Italy for seven years having joined from Genk for a fee in the region of £11million in 2015.

And what a terrific servant he has been for the Biancocelesti, having made over 300 appearances across all competitions.

He already has seven assists and four goals in 11 matches this season, continuing on from his stellar 2021-22 campaign in which he contributed to 22 goals in the league.

It has been reported this week that Arsenal are ‘willing to do anything’ to lure Milinkovic-Savic to north London.

Mikel Arteta does not have an awful lot of depth in his squad, so January recruits could be on the cards.

Even though his midfield options are lacking, the report in question states that Arteta will be willing to include Albert Sambi Lokonga in a deal for the Serbia star.

Arsenal apparently believe an offer of Belgian midfielder Lokonga and €60m will be enough to sign Milinkovic-Savic.

This is unlikely to be accepted if Lotito’s recent quotes are anything to go by, however.

The Lazio president has flat-out said the midfielder is not for sale and that he is planning to offer him a new contract.

If a club does fancy making a bid, it will have to be at least €120m (£103.8m) and something tells me the Gunners will not be doing that.

“I will not sell Milinkovic-Savic, I will offer him a renewal,” Lotito said.

“I reiterate, he is now worth €120m, and every month that passes, the price goes up.”

I’m excited to look back on this story when Milinkovic-Savic leaves Lazio for absolutely nothing in 2024.

The player’s window of opportunity to play for an elite club in his prime is rapidly closing, so he could pursue a move elsewhere.

His agent, former Chelsea striker Mateja Kezman, has told Lazio that contract talks will not be able to commence until after this winter’s World Cup in Qatar.

With Lotito putting any potential suitors off, it will be intriguing to see whether or not Arsenal pursue any alternatives in the winter transfer window.

Arteta has adopted the mentality of going for his top target or no player at all, as we saw with Dusan Vlahovic earlier this year.

After weeks of pursuing the Serbian striker, he opted to join Juventus and the Gunners did not attempt to sign another striker after missing out.

They made three bids for Aston Villa’s Douglas Luiz on deadline day in the summer with his contract expiring in 2023, however, he has since agreed a new deal, meaning a move to the Emirates is extremely unlikely.

Elsewhere, Palmeiras youngster Danilo has been linked with a switch to Arsenal.

It is believed that a £26m bid could be enough to bring the 21-year-old Brazilian to the Premier League.