Home All The News Lazio respond as Balotelli tells racists: ‘Shame on you!’ 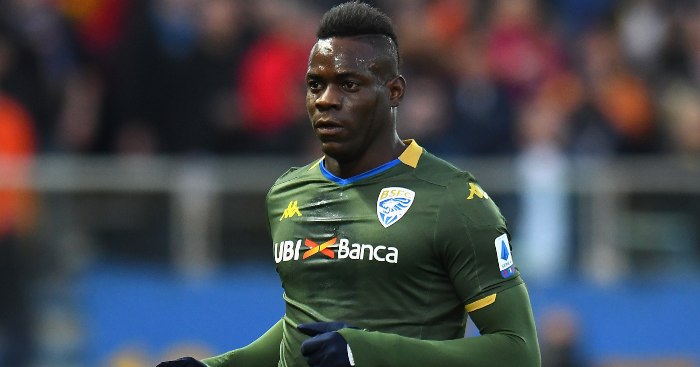 Mario Balotelli criticised Lazio fans after offensive chants towards the former Brescia striker caused play to be briefly stopped in the Serie A clash.

Balotelli gave his side the lead against Lazio but the game was held up while an announcement was made to fans that reportedly warned against further discriminatory chanting.

And after the 2-1 defeat, Balotelli posted on Instagram: “It’s a loss that hurt but we will come back stronger and we are on the right way! Lazio fans that were today at the stadium SHAME ON YOU! #saynotoracism”.

Lazio later released a statement that read: “As always, Lazio dissociates in the most taxing way from the discriminatory behaviour carried out by a very small minority of fans during the match against Brescia.

“The club once again reiterates its condemnation of such unjustified misconduct and confirms its intent to prosecute those who in fact betray their sporting passion, causing serious damage to the image of the club.”

He scored from the spot after Andrea Cistana saw red to equalise before half-time and then scored the winner in the first minute of added time.