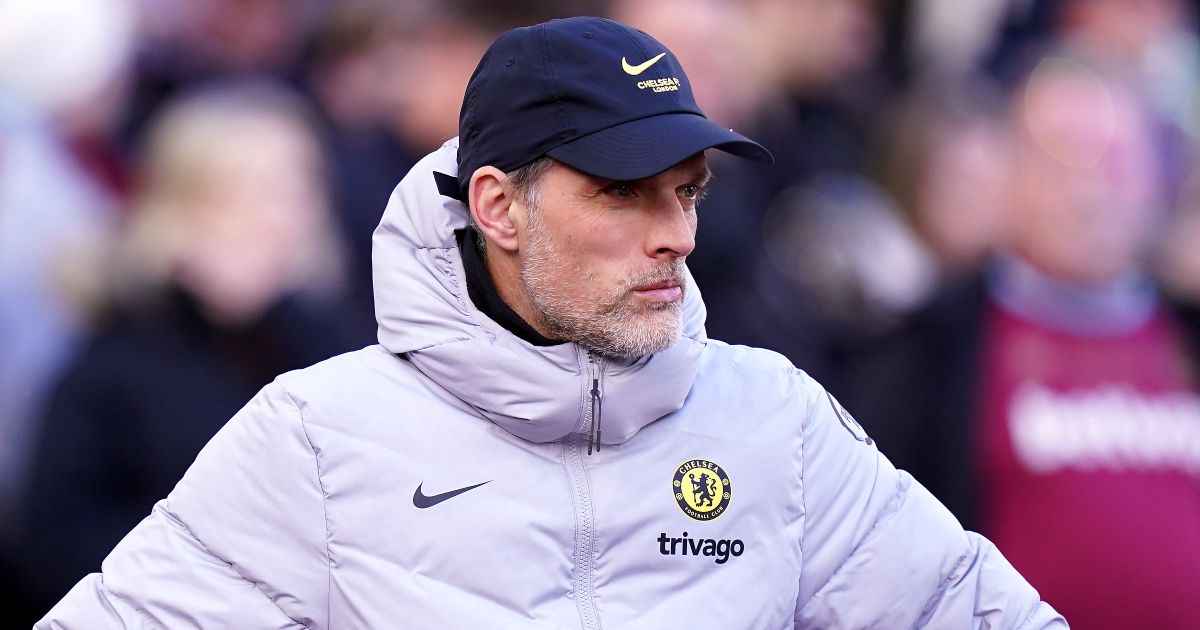 The Blues boss counted the cost of two blunders by goalkeeper Edouard Mendy as they were beaten for only the second time in the Premier League this season on Saturday.

Chelsea slipped to a 3-2 defeat at West Ham, a result which saw them leapfrogged in the Premier League table by title rivals Manchester City and Liverpool.

Tuchel’s side were leading through Thiago Silva’s header when Mendy made an almighty mess of a weak Jorginho backpass and ended up bringing down Jarrod Bowen, allowing Manuel Lanzini to equalise from the spot.

Mason Mount’s sublime volley put Chelsea back in front, but Bowen pegged them back again before Mendy pushed a speculative Arthur Masuaku effort inside his own near post to gift West Ham a notable victory and cast further doubt on the Blues’ title credentials.

And Lebouef has been speculating whether “history is going to be repeated” after Lampard’s side made a decent start to their campaign last term.

“The football they play is interesting but it’s not convincing, in the way that I don’t feel the strength that I used to see months ago,” Lebouef told ESPN FC.

“Remember, last year before Frank Lampard was sacked, they were [third] and people were saying, ‘Chelsea may be a contender’.

“And then something happened in December and they lost against Arsenal on December 26, and they were nowhere near it before Tuchel came in.

“So, I don’t know if history is going to be repeated, but let’s see. But I’m not happy with what I see. It’s interesting, but how can you lose after you lead 2-1, conceding two stupid goals like that?”

Chelsea are still only two points off leaders Manchester City in the standings but Tuchel admitted after the match against West Ham that “big mistakes” are costing his side.

Tuchel said: “I don’t see that our performance dipped. I think the performance was enough to win the game but we gave easy goals away.

“We made big mistakes against Manchester United and again today, and if you do that at this level you cannot expect to get results.

“We are not good enough in the details at the moment. We need to care about the details, not start asking big questions or doubting the big picture. Without the big mistakes there was a big chance we win this game.

“Edouard is going through a rough period. OK his decision-making was not on the highest level with the first goal but we brought him to an awkward situation. He could have saved it but he did not.

“We are far, far away from blaming anybody but we need to admit that we are making too many crucial mistakes at the moment.”