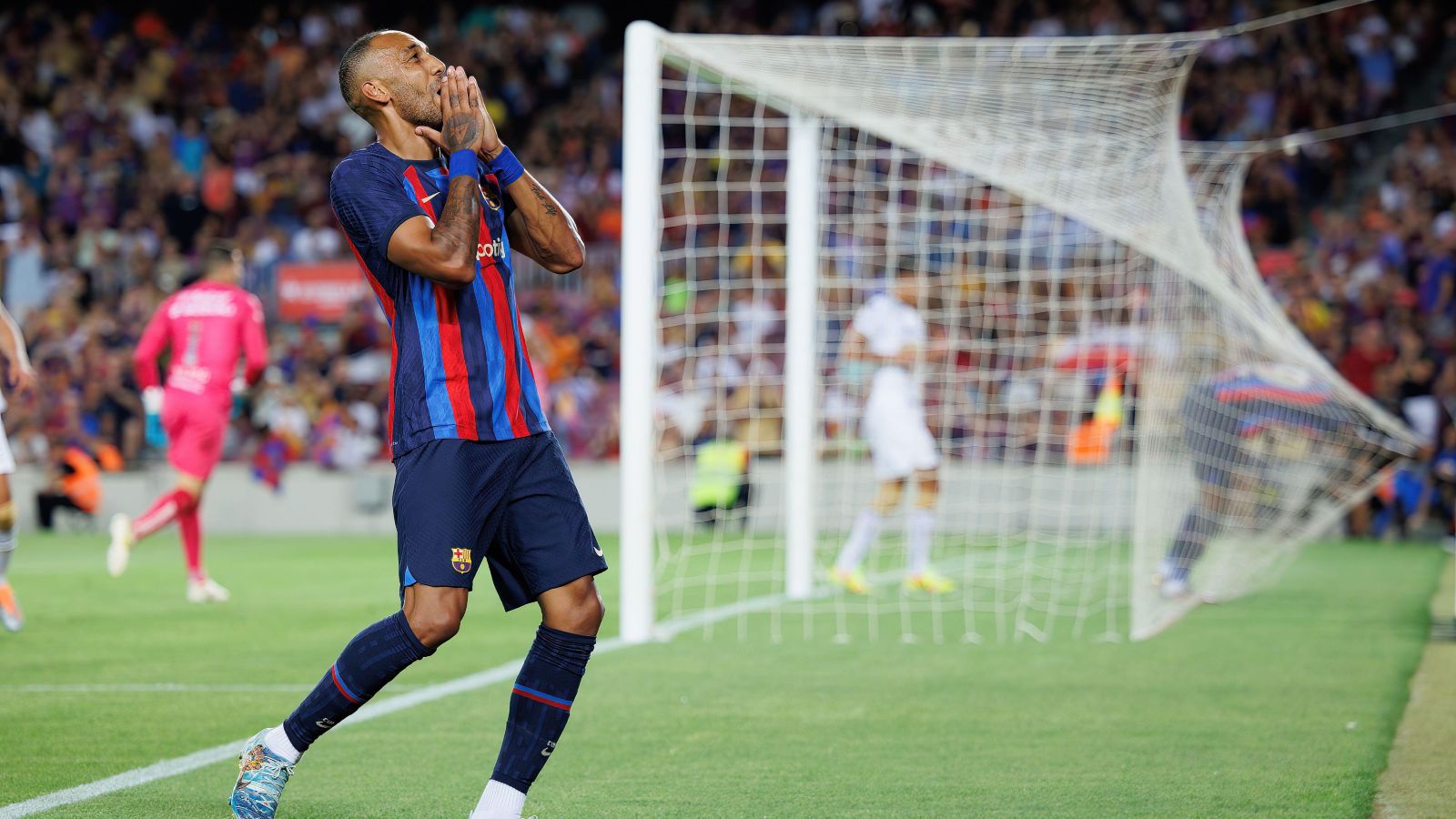 The Blues have struggled to find a prolific goalscorer in recent years with Romelu Lukaku failing to hit double figures last season in the Premier League following a £97.5m summer move from Inter Milan.

Lukaku has now returned to Inter on a season-long loan deal while Chelsea have also sold Timo Werner to RB Leipzig.

Tammy Abraham hit 18 goals in the 2019/20 season before being sold last summer to Roma with Diego Costa probably the last truly successful centre-forward at Chelsea.

A deal for Aubameyang – who moved to Barcelona at the beginning of this year on a free transfer from Arsenal – is understood to be progressing with the Gabon international seen as a ‘stop-gap’ until they can buy a younger striker next summer.

Aubameyang scored 13 goals in 23 matches for Barca last term and 92 goals in 163 appearances for the Gunners during his time at the Emirates Stadium.

But former France and Chelsea defender Lebouef is not convinced that the ex-Borussia Dortmund striker will be a success at Chelsea unless Thomas Tuchel changes his tactics to try and accommodate him.

Lebouef told ESPN: “I have some question marks, he’s over 30 and the last two years haven’t been very good for him in terms of goals and consistency.

“I have a lot of respect for his father who was a former teammate I followed Pierre-Emerick’s career in Dortmund and then Arsenal. He’s a fantastic player but I want to see before judging.

“It depends on Tuchel’s decision and how he wants to play. If it’s like against Spurs with the rotation up front we don’t know who plays in the middle or on the side, I don’t think it’s going to work and it won’t be useful to have Aubameyang.

“If you play like you should have played with Lukaku, meaning with a real striker and serving him it can be interesting.

“But we saw last season it didn’t happen with Lukaku so why suddenly will Tuchel change the way he wants to play I don’t know. I don’t see that coming.

“I don’t know if Aubameyang will be stronger than the curse that hits all strikers that have played for Chelsea lately.

“I hope he will be successful but I want to see before judging.”