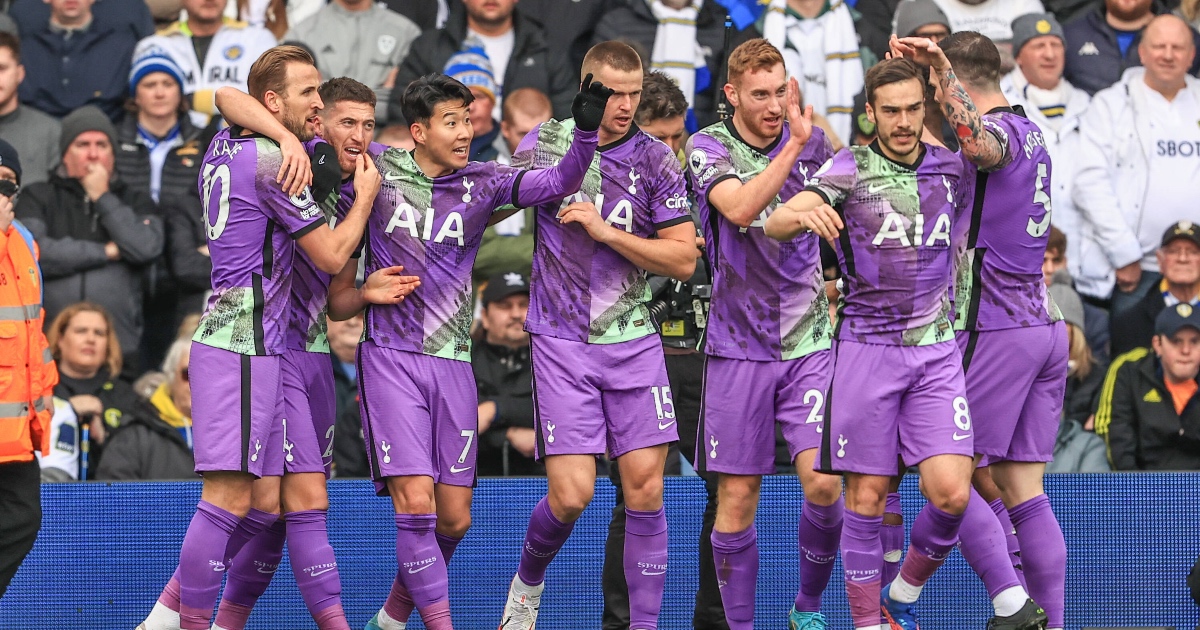 Harry Kane and Son Heung-min created Premier League history by setting the record for the most goal combinations in Tottenham’s 4-0 romp at Leeds.

It was a fitting end to a comprehensive win for Antonio Conte’s side, who laid the foundation for the win with three goals in the opening 27 minutes as Matt Doherty, Dejan Kulusevski and Kane got on the scoresheet.

Spurs’ produced an impressive response to Conte’s midweek rant, where the Italian cast doubt over his future after a 1-0 loss at Burnley by suggesting he was not “good enough” to fix Spurs’ problems, but the focus is now on Marcelo Bielsa’s position.

Leeds have lost their last four games, conceding 17 goals in the process, and they will be looking nervously over their shoulder with teams below them picking up points.

The win for Spurs probably comes too late to resurrect their top four hopes, but they are still in the race for European football.

A reaction was always on the cards after Conte’s comments and they delivered by taking a 2-0 lead inside the opening 15 minutes against a team who were devoid of defensive capability.

They opened the floodgates in just the ninth minute as Harry Winks set Ryan Sessegnon free down the left and his cross was perfect for Doherty arriving at the far post.

The Irishman produced an emphatic finish to score his first goal for the club.

Spurs doubled their advantage six minutes later thanks to some generous defending from Diego Llorente.

As Kulusevski darted into the box he looked to have overrun the ball, but Llorente inexplicably left it, allowing the Sweden international to fire home at the near post.

Leeds needed an instant response and they almost got it as a loose ball fell to Robin Koch but his effort hit the post and went to safety.

And Spurs tightened their grip on the game in the 27th minute with a sublime goal from Kane.

Pierre-Emile Hojberg flighted in a superb ball over the top to pick out Kane, who clinically finished at the far post in a way that few strikers in the Premier League would be able to.

To their credit, Leeds offered some sort of reaction and had Spurs pinned back, but were unable to find a way through, with Luke Ayling heading a good chance wide.

But they were booed off at half-time, having conceded 19 goals in four and a half matches.

They could not regain the upper hand after the restart and Spurs had chances to extend their lead, but Illan Meslier came to Leeds’ rescue.

He denied Doherty and Son in quick succession and then twice kept out Kulusevski efforts.

Stuart Dallas was guilty of a shocking miss after he raced in on goal with Hugo Lloris stranded before Kane and Son went into the record books in the 85th minute.

It was a brilliant pass by Kane to send Son clear and the South Korean made no mistake, lashing home in style to create history.

Rodrigo’s free-kick rattled off the post at the death, but there was no avoiding another heavy defeat, taking Leeds’ total goals against to 20 in five games.