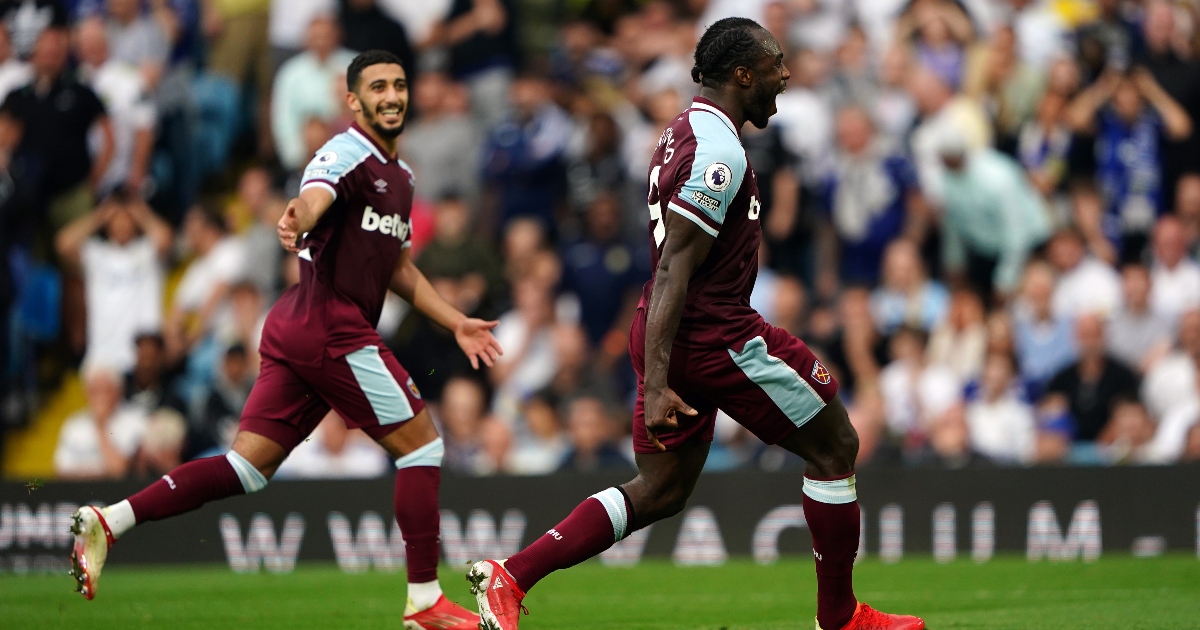 Michail Antonio scored a last-gasp winner for West Ham as they defeated Leeds United 2-1 at Elland Road, keeping the Whites winless in the Premier League.

Leeds led at the break through Raphinha, but were punished again for failing to take their chances and after Junior Firpo’s second-half own goal, Antonio fired the Hammers’ last-minute winner.

The hosts’ inability to convert chances is threatening to undermine their second season back in the top flight and they slipped into the bottom three.

Said Benrahma flashed an early shot wide and Antonio’s low angled drive was diverted by the slightest of touches from Illan Meslier.

Meslier was then forced into an even better flying save soon after to keep out another Benrahma effort.

But Leeds steadily grew into the game and Stuart Dallas’ curling shot was superbly tipped over the crossbar by West Ham goalkeeper Lukasz Fabianski.

Raphinha then served warning of his game-changing capabilities by cutting inside and firing straight at Fabanski, but the Poland international had no chance with the Brazilian’s next effort.

After being teed up by Mateusz Klich on the edge of the penalty area, Raphinha curled a low left-footed shot into the bottom corner to give Leeds a 19th-minute lead.

Raphinha hit a post from an identical position in the 35th minute, but West Ham finished the first period strongly.

Antonio just failed to get on the end of Benrahma’s far-post cross and following a rare mistake by Kalvin Phillips, Meslier produced a brilliant block to deny Pablo Fornals in a one-on-one.

West Ham thought they had equalised early in the second half when Tomas Soucek turned the ball home from close range following a corner.

But Antonio’s elbow had clearly caught Meslier in the face as the goalkeeper leapt to catch the ball and after VAR intervention, referee Kevin Friend ruled it out and booked the visitors’ striker.

Meslier turned away Soucek’s shot and at the other end Klich spurned a golden chance to double the home side’s lead from inside the box when set up by Raphinha.

Leeds were made to pay soon after as the action continued to ebb and flow and the Hammers drew level in the 67th minute, albeit in fortuitous circumstances when Jarrod Bowen’s cross was deflected in off Firpo.

Both sides went in search of the winner but it was West Ham who seized their chance as Declan Rice picked out Antonio with a fine pass inside and the Hammers striker kept his composure to fire home a low finish.