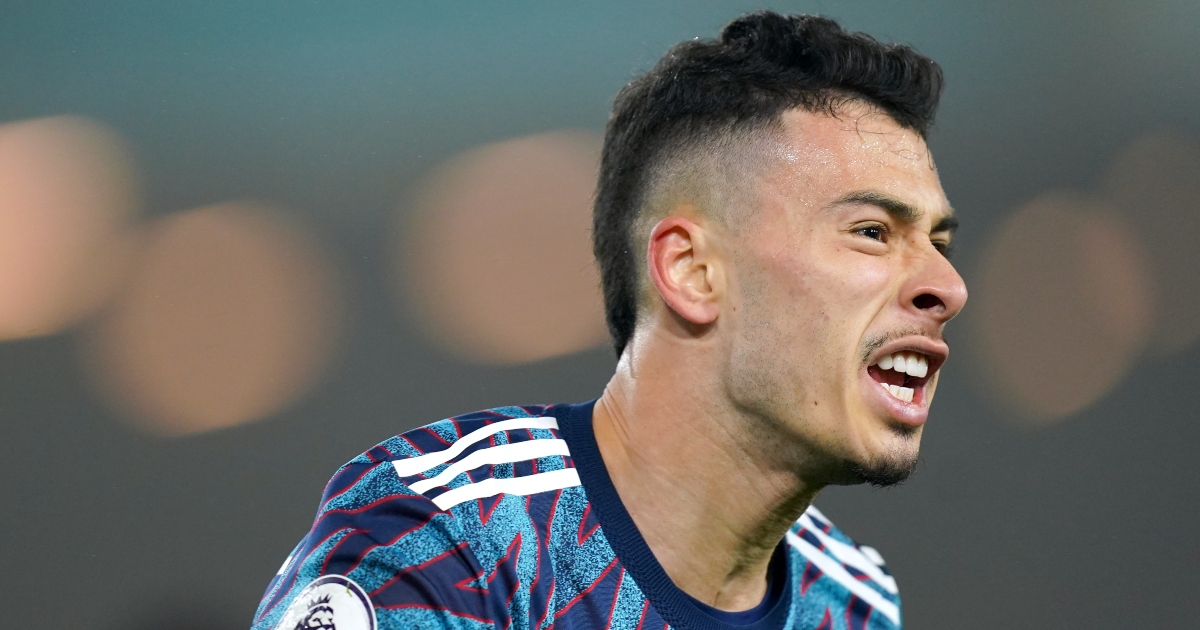 Gabriel Martinelli fired a first-half double as Arsenal chalked up a third straight Premier League win with a classy 4-1 victory at injury-hit Leeds.

Martinelli’s brace put the Gunners 2-0 up in 28 minutes and when Bukayo Saka added a third just before half-time, Leeds appeared set for another thrashing.

But Marcelo Bielsa’s side improved markedly after the break and reduced the deficit through Raphinha’s penalty before substitute Emile Smith Rowe’s late effort snuffed out any faint hopes of a fightback.

Leeds, in the middle of a daunting run of fixtures and hammered 7-0 in a club-record Premier League defeat in midweek, were without nine senior players through injury and suspension for what was the only Premier League game of the day as coronavirus outbreaks destroyed the rest of the fixture list.

Arsenal, who had climbed back into the top four after back-to-back wins against Southampton and West Ham, threatened to run amok against a patched-up Leeds line-up and could have led by more than 3-0 at the break.

Leeds, who face Liverpool at Anfield on Boxing Day, were left hoping another heavy defeat is not made worse after it was reported during the game that the visitors’ bench was subjected to racist abuse in the first half.

Leeds made a breakneck start as Raphinha headed over from a corner but the home side, shorn of nine senior players through injury and suspension, were soon chasing shadows.

Leeds were punished for failing to clear from their own penalty area and when the ball broke to Martinelli, the Brazilian curled home a right-footed finish – Arsenal’s 7,000th goal in league football.

Meslier produced another excellent save to turn away Kieran Tierney’s low shot before Raphinha lifted a partisan home crowd with a trademark run, but he pulled his low effort inches wide.

Leeds were punished again for another individual error soon after when Mateusz Klich’s wayward pass in midfield was intercepted by Granit Xhaka.

The Switzerland midfielder picked out Martinelli with a slide-rule pass and the Gunners forward confidently clipped the ball over Meslier to make it 2-0 in the 28th minute.

Tyler Roberts fired off target but Leeds, whose makeshift defence was being given the run-around, were dealt another injury blow when winger Jack Harrison was forced off and replaced by Crysencio Summerville.

Lacazette’s close-range shot was well saved by Meslier and Saka’s shot was blocked as Arsenal continued to carve Leeds open.

Saka made it 3-0 three minutes before half-time. He cut in from the right and his shot took a slight deflection off Klich after he had combined with Lacazette in the area to bamboozle Leeds’ defence.

The goal was awarded after a VAR check, which confirmed Saka had been onside during the build-up.

Leeds were in no mood to wave the white flag and improved after the restart.

Klich’s dangerous ball across the six-yard box evaded everybody and Roberts blazed over, but Saka highlighted the fragility of Leeds’ backline when he fired just wide after combining with Martinelli.

Leeds stemmed the tide and were rewarded for taking the game to the visitors when Raphinha converted his eighth league goal of the season from the spot after former Leeds loanee Ben White’s foul on Gelhardt.

Bielsa handed Premier League debuts to Sam Greenwood and Liam McCarron, who replaced Summerville and Klich respectively, before Arsenal added gloss to the scoreline with a fourth goal in the 84th minute.

Smith-Rowe, who had replaced Saka minutes earlier, raced on to Martin Odegaard’s pass and fired first-time past a stranded Meslier.