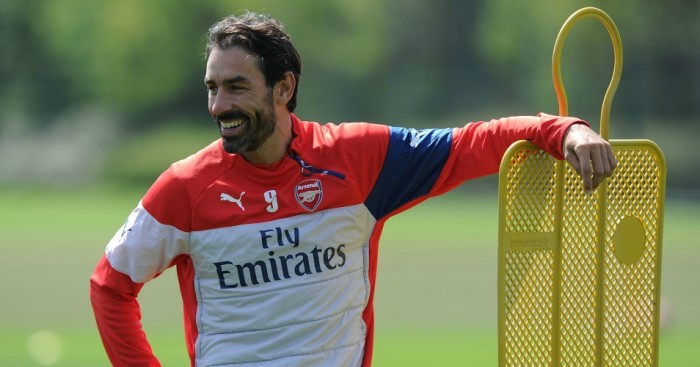 Arsenal made history by becoming the first and, as yet, only team to go the whole of a Premier League season unbeaten on their way to winning the title in 2003/04.

Pires played a crucial role in their success that season, with the Frenchman scoring 14 goals in the league as Arsenal won 26 and drew 12 of their total games.

Dicussing the ‘Invincibles’ season with French newspaper L’Equipe, Pires said: “Honestly, it’s extremely hard to achieve but it’s enthralling, as it requires extreme motivation each game. You know, without being arrogant, that you are better than the rest, but you have to be careful not to fall in the trap of taking it easy. We never panicked. Once, we were losing at half-time against Liverpool, but we won in the end because, collectively, we felt a strong force.

“After that, as the months went by, there were more and more records that are beaten, and you go along with it.”

Pires feels that going unbeaten in the physical Premier League was more of an achievement than anything, claiming that games against Leeds and Bolton were more difficult than against either Manchester club (one of which were rubbish back then, to be fair).

“Doing it in England where you keep getting smashed into is an achievement because, contrary to what you think, it’s more difficult against the Leeds or Boltons than against big teams like City or United.”

Pires and his team-mates obviously found it particularly difficult against Leeds, only beating them 9-1 on aggregate over two league games that season.

Now 42, Pires added on the challenge of facing perceived ‘smaller’ sides: “We knew they wanted to destroy us.”

Pires also praised the effect Arsene Wenger had on the side throughout the campaign, saying: “During his talks, he warned us. He told us not to be complacent, to respect the opponent and football. After we were champions, there was still this unique objective: to finish without losing.”